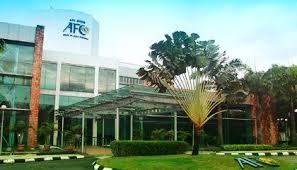 FIFA’s Governance Committee has finally cleared all the declared Asian Football Confederation (AFC) candidates for the election to the FIFA Council, to take place at the confederation’s congress May 8 in Bahrain, four days before the FIFA Congress takes place in Bahrain on May 11. The AFC has seven seats on the council with three seats already filled by AFC President Shaikh Salman bin Ebrahim Al Khalifa (Bahrain), Kohzo Tashima (Japan) and Prince Abdullah Ibni Sultan Ahmad Shah (Malaysia).

The May 8 vote will elect three candidates from Zhang Jian (China PR), Mong Gyu Chung (Korea Republic), Sheikh Ahmad Fahad Al Ahmad Al Sabah (Kuwait), and Mariano V. Araneta Jr. (Philippines). The candidates for the one female seat are Moya Dodd (Australia), Mahfuza Akhter Kiron (Bangladesh), Han Un Gyong (DPR Korea), Susan Shalabi Molano (Palestine). It appears that already a dispute has occurred in the pre-election politicking between China and Korea. Current FIFA Council seats are for a two-year period with China expecting Chung to stand down from this election in return for China supporting Chung for 2019. Chung apparently informed a meeting of ASEAN and East Asian confederations last week that he was not going to stand down.

With the AFC generally voting in sub-regional blocks and with each region expecting fair representation and achieving it by trading their votes with each other, the East region is now split. With the hand of FIFA recently being shown in the Confederation of African elections, with a clear out of executives across its committees in favor of vocal supporters of FIFA president Gianni Infantino, suspicions are that FIFA is now working behind the scenes in Asia. Chung has not given a reason for his changing his decision to stand, but he has twice visited Zurich since Infantino has been in office and Infantino made South Korea one of his first stops when he took office. Korean motor manufacturer Hyundai, owned by Chung’s family, are a key FIFA sponsor in what has become a barren-looking area for the world governing body under Infantino’s leadership. Araneta is a keen follower of Infantino.

The election for the AFC’s women’s seat might also be decided by regional representation. While Australia’s Moya Dodd would likely be FIFA’s preferred person, especially with Infantino rumoured to be smoothing the path of Australian FA President Stephen Lowy through the long overdue reform process, the only area within the AFC that is underrepresented on the FIFA Council is South Asia. This could point voting towards Bangladeshi Kiron if the vast sub-continent is to have any representation on FIFA’s top table.