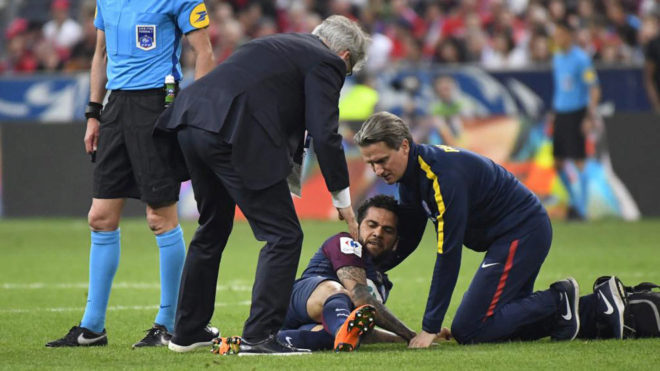 Any injury at this stage of the season will set alarm bells ringing across a player's country but Brazil fans can rest easy with the knowledge that Dani Alves is not set to miss the World Cup.

In Paris Saint-Germain's Coupe de France win over Les Herbiers on Tuesday, the defender picked up a knee injury that is set to keep him out for three weeks.

The Brazilian national team's press office confirmed via a statement after the game that Alves has suffered a sprain to his anterior cruciate ligament, however it won't require surgery.

Coach Tite names his squad for Russia on May 14 and the right-back is set to be a part of the travelling party, albeit with a small chance of missing his side's opening game versus Switzerland.