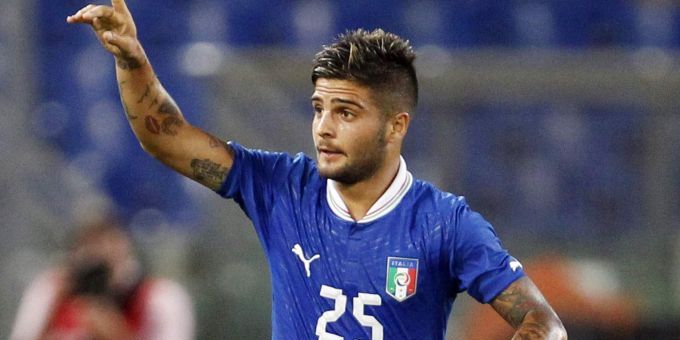 Arsenal are one of the many clubs interested in signing Napoli’s highly rated attacking midfielder, Lorenzo Insigne. The 25-year-old has been one of the top performers for Napoli this season, having scored 12 goals in the Serie A. He is the central creative outlet of the team, and has been involved in seven assists for the Naples. According to reports from Italy, six teams are tracking Insigne ahead of the summer transfer window. Serie A giants, AS Roma and AC Milan, are apparently keen on signing Insigne. Atletico Madrid and Borussia Dortmund are also reportedly interested.

Premier League duo, Arsenal and Liverpool, are also targeting the Italian in the summer transfer window. The report claims that the Gunners are planning to make a bid of up to £33m to tempt Napoli into selling one of their prized assets. Insigne is currently under contract at the Stadio San Paolo till 2019. Napoli have opened talks to convince him to commit his long-term future to the club. Arsenal manager, Arsene Wenger, is willing to sell Alexis Sanchez in the summer. There is a strong feeling in the Arsenal camp that Sanchez won’t commit to his future at the club. Insigne could be a like for like replacement for the Chilean, should he leave the club. The Gunners are sixth in the Premier League, six points behind fourth-placed Liverpool, and are in real danger of missing out on the top four.