Arsenal to know their fate on Ligue 1 defender this week 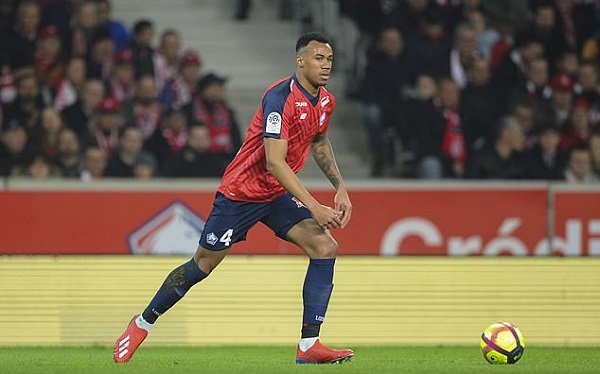 Arsenal will know if they have won the race for Lille defender, Gabriel Magalhaes this week after his club’s president admitted that the Brazilian has been given, the chance to leave.
The defender is one of the most impressive young defenders in Europe at the moment, and his fine form, for the French side hasn’t gone unnoticed.
Arsenal has been tracking ,his progress and the Gunners have plans to land another defender to their ,current options after suffering a number of injuries.
Napoli, Everton and Manchester United are the other, teams looking to sign him as well.
Lille owner, Gerard Lopez, has just told L’Equipe as quoted by the Sun, “With Gabriel, we are talking and we’ve given him an exit pass. He will choose his club this week.”
Arsenal signed two new defenders in the last transfer window. However, with long-term injuries to the likes of Shkodran Mustafi and Calum Chambers, the Gunners might be forced to sign another centre back.
Gabriel, is still just 22 and he will be a very good long-term investment should the Gunners succeed, in signing him.
William Saliba will join ,the Gunners as a long-term defender, and Gabriel might become his partner long into the future as well.