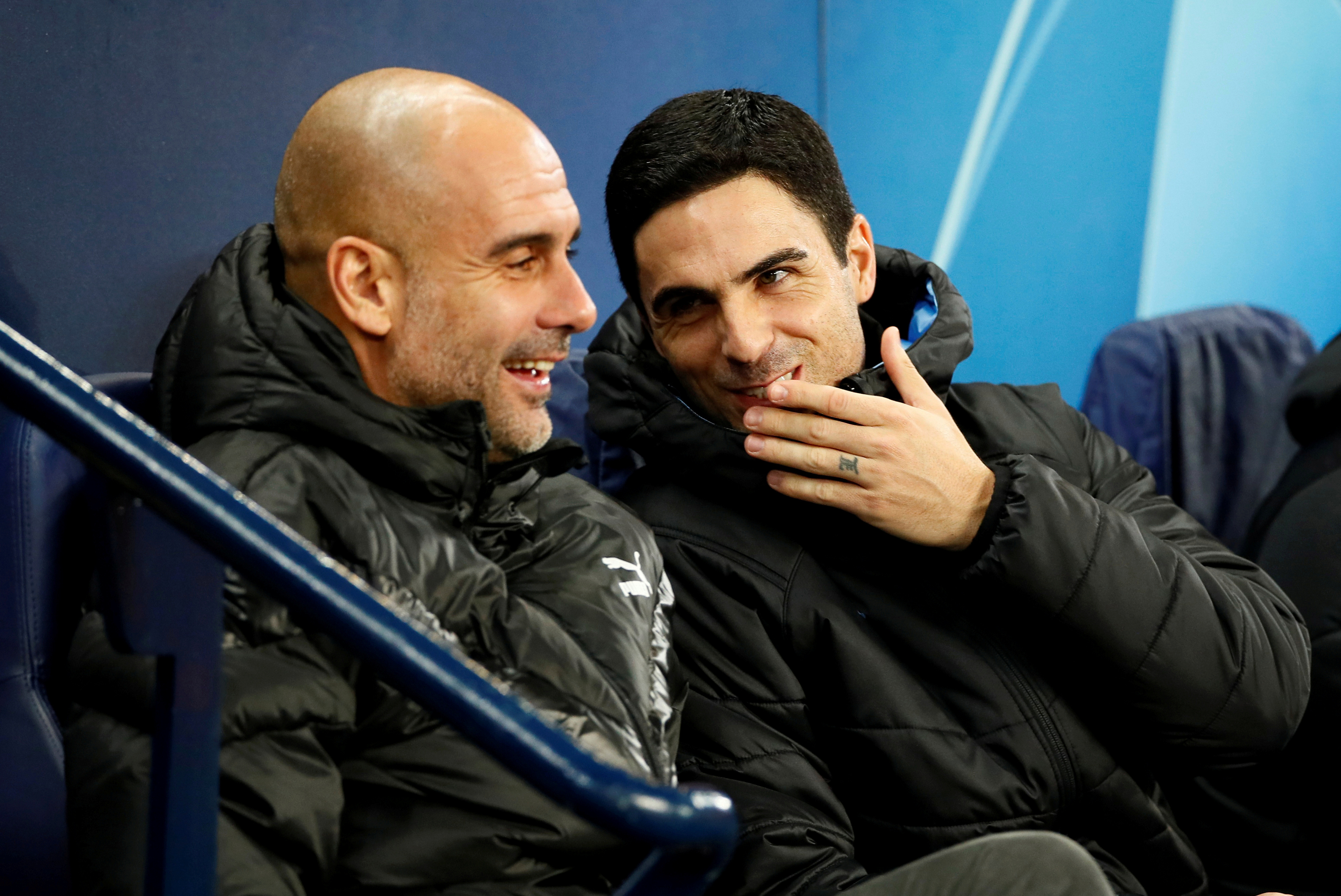 Arsenal manager, Mikel Arteta, has paid tribute to Manchester City head coach, Pep Guardiola, ahead of his side’s Premier clash against the Citizens on Wednesday night at the Etihad Stadium.
The 38-year-old described Guardiola as a phenomenal manager, adding that his fellow compatriot has an enormous influence in his coaching career and personal life.
Arteta spent three years working under Guardiola at Man City before he left the Premier League champions for Arsenal last December.
“He was an influence for me since I was 15-years-old and we met at Barcelona, both as players,” Arteta said on Monday at his pre-match press conference as quoted by Arsenal’s official website.
“In my coaching career and my personal life, Guardiola has an enormous influence. If I’ve to talk about the person he’s, his values, the way he has treated me and how he deals with the players and the staff around him, it is phenomenal.
“As a coach, I’ve learned so much from him, we have spent some amazing moments together, some difficult ones as well, but the experience next to him has been incredible.”