Barcelona Vs Real Madrid: As it happened 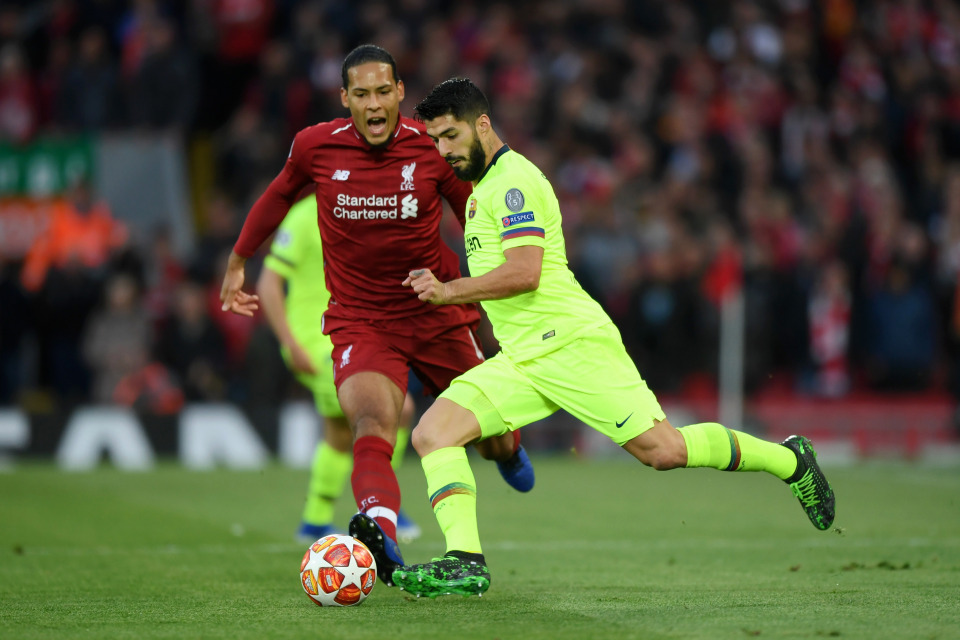 Barcelona's unbeaten season remains intact after overcoming a Sergi Roberto red-card to earn a 2-2 draw versus Real Madrid in El Clasico on Sunday night at the Camp Nou in Barcelona.

Luis Suarez fired the newly-crowned league champions into an early lead, but that was quickly answered by Cristiano Ronaldo. A hotly contested first-half ended with Sergi Roberto's sending off for hitting Marcelo on the side of the head, but Barcelona would once again show their mettle thanks to Lionel Messi's early second-half score.

Real's man advantage would bear fruit though, as Gareth Bale equalised to give Los Blancos a chance to spoil Barcelona's untarnished season. But in the end the Catalonians would hold on to preserve their spotless record with just three matches remaining in the league season.

Barcelona manager Ernesto Valverde was given the pleasure of handing Andres Iniesta in what was the midfielder's final Clasico, rounding out what was a first-choice starting XI for the hosts. Meanwhile, Real boss Zinedine Zidane rolled out a 4-3-3 with the BBC leading the charge for the first time since a March 3 clash with Getafe.

The hosts enjoyed a dream start, as it only took 10 minutes to unlock the Real defence. Just like in the opening goal in last December's Clasico in the Bernabeu, Sergi Roberto and Suarez would hook up to craft Barcelona's first goal. The right-back collected a ball down the right flank and swung a cross, which the Uruguayan venomously lashed in past Real goalkeeper Keylor Navas for the 1-0 lead. 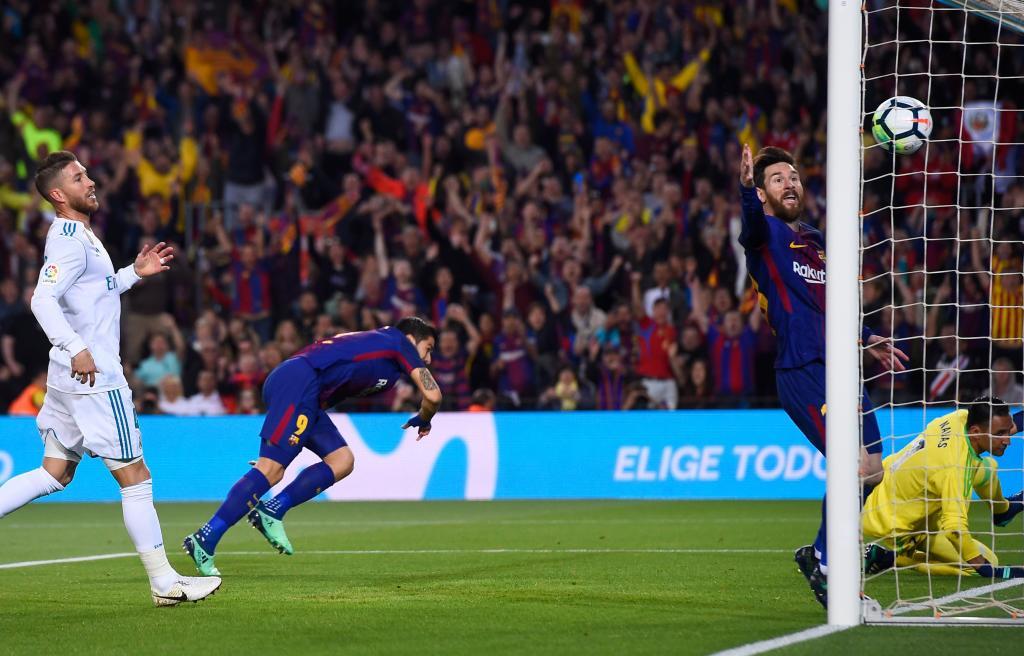 Real's response was immediate and in a matter of minutes Ronaldo pulled Los Blancos level 1-1 through an excellent sequence of passes. Ronaldo fed Toni Kroos, who lofted a cross for Karim Benzema and the French striker's knockdown header fell perfectly for Ronaldo to push into goal ahead of the sliding Gerard Pique. 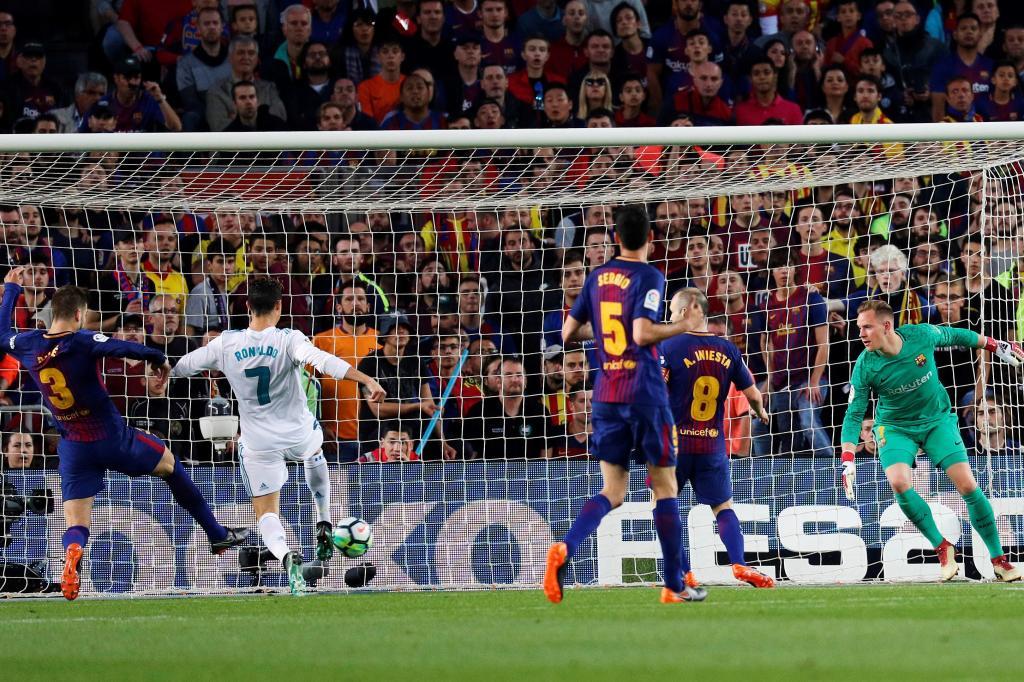 The goal gave the visitors from the capital the momentum and Ronaldo should have made it two on two different occasions. First, came a chance that Barcelona goalkeeper Marc-Andre ter Stegen blocked after a splendid pass in from Luka Modric and the second a stinging, low shot that sailed just wide.

An already intense affair grew even more heated in the final minutes of the half, with a number of crunching tackles exchanged between the two sides. Bale could call himself lucky for remaining on the pitch after planting his cleats on the back of Samuel Umtiti's leg, but Sergi Roberto was not as fortunate, earning a straight red-card from referee Hernandez Hernandez for foolishly hitting Marcelo on the side of the head. 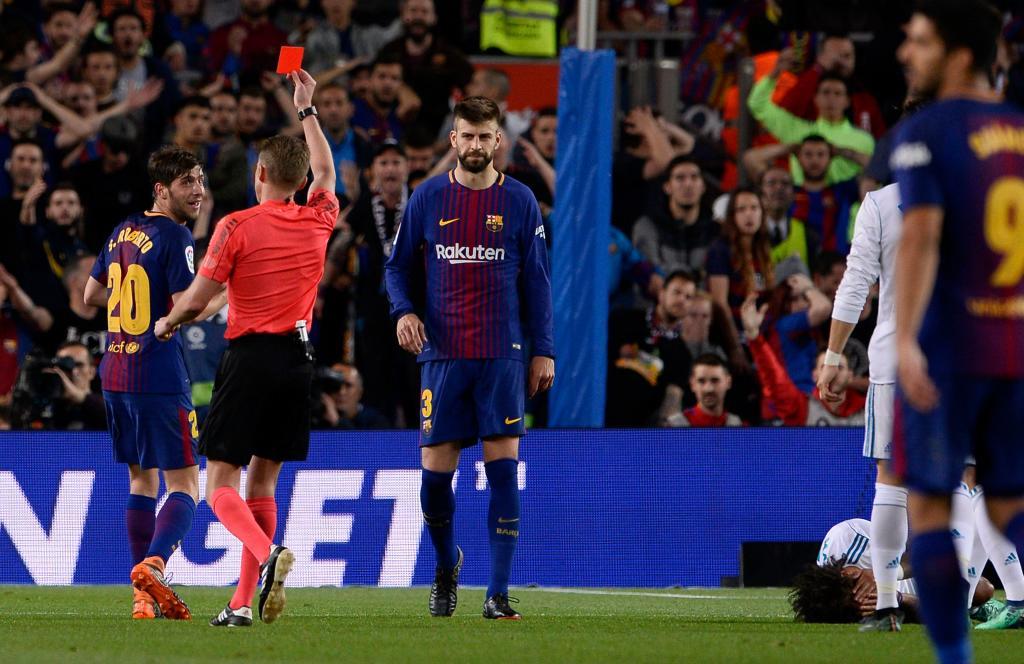 After sustaining a knock on his ankle while scoring the goal, Zidane made the cautionary move of substituting off Ronaldo at half-time, replacing him with Marco Sensio, while the ineffective Philippe Coutinho was taken off for Semedo.

Even playing a man down, Barcelona were a threat and proved as much when Suarez and Messi teamed up to hand the Catalonians a 2-1 lead. Suarez beat Raphael Varane to a ball on a play that could have easily been called a foul, but there was no whistle as the French defender tumbled to the turf. Suarez's cross then found Messi, who cut past Ramos and Casemiro before curling a left-footed bullet in past Navas for a 2-1 lead. 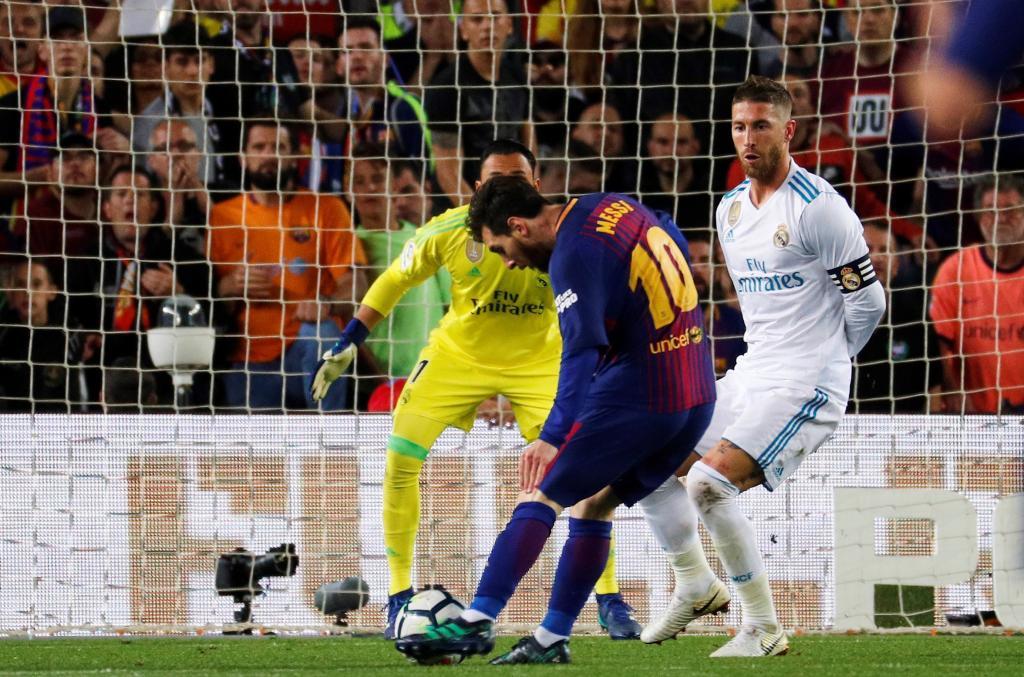 Barcelona's attack had more of a cutting edge to it in the second half and substitute Paulinho was inches away from scoring Barcelona's third off a Semedo cross, but Navas was there to make the stop. The Costa Rican would come up big again, this time blocking a Messi shot after the Argentine had gotten free in the Real half.

But even without their talisman on the pitch, the Real arsenal was too strong to contain for an entire half, and especially with a man advantage. Sure enough, they found the space they needed in the Barcelona half when Asensio played in to Bale and the Welshman unfurled a sensational left-footer to pull Los Blancos level 2-2. 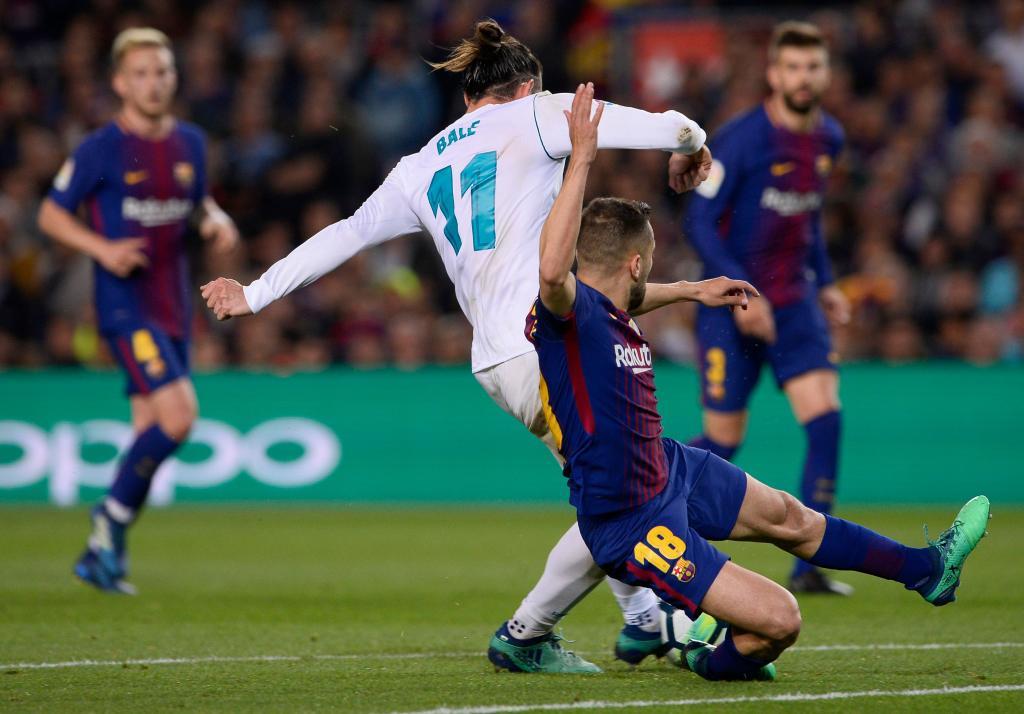 Real were back in control and keen to find a winner. Zidane's men howled for a penalty after Marcelo went down in the area after colliding with Jordi Alba, but Hernandez Hernandez merely shook his head.

Still, if there was going to be a winner, Real looked the more likely of the two to score it, and they had their chances late, but failed to convert much to the relief of the Camp Nou, whose dream of an unbeaten season is now closer than ever.