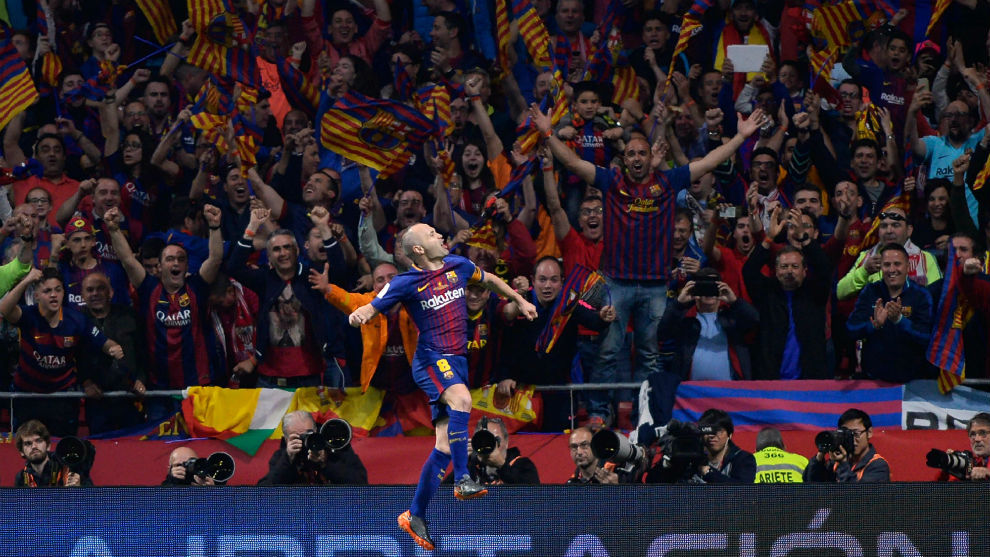 Real Madrid emerged from the lion's den with a hard-fought 2-1 victory over Athletic Bilbao on Saturday afternoon at San Mames in Bilbao.
Los Blancos got a superb effort from Karim Benzema, who opened the scoring in the first half, before Aritz Aduriz equalised for the hosts in the second half. But Zinedine Zidane's team responded and Casemiro scored off a corner kick to give the guests all three points in what is always a difficult fixture for Real.
The victory gives Real a five-point lead atop the La Liga table, with Barcelona in action on Sunday.
But the talking point will deservedly be the performance of Benzema. The Frenchman was the difference in the Real attack, taking his goal extremely well, plus giving equal effort in defence. Marcelo also delivered another solid match on Saturday, providing an impetus to push forward in attack while combining well with teammates.
Perhaps against any other opponent in La Liga, Athletic would have taken home the win. Los Leones' heart and effort were on full display, with Inaki Williams standing out for his runs down the right, one of which led to the lone Athletic goal.
One of the hallmarks of Athletic Bilbao when playing at home against one of Spain's big two is to jump on the visitors early, and so it was no surprise to see the Basques pressure Los Blancos from the first minute. Real were sluggish and slow, while Athletic played the more attractive football. There might have even been a goal for Athletic had Raul Garcia not taken a ball off Lekue's boot on a cross from the right, and then Yeray missing by just a few inches on a header.
Real were slowly starting to wake up and Ronaldo had the first look at goal for the visitors from the capital when he collected a Benzema pass and fired at goal, but Athletic goalkeeper Kepa was alert and parried the ball away. That was followed by a flying header from Sergio Ramos that -- since it was still just the first half and not his preferred second half - sailed wide of the target.
There was the sense that Real were edging close to a goal and it bore out right at the midway point of the half when Ronaldo and Benzema hooked up to give Real a 1-0 lead. Ronaldo gathered in a fine pass from Casemiro down the left and played a perfect cross in for the Frenchman, who finished in classic striker fashion for the goal.
Things turned hostile after the goal, and for a good five to 10 minutes the two teams seemed more concerned with each other's provocations and fouling rather than actual football. But soon the football returned and it was end-to-end stuff with Athletic pushing for an equaliser by using Inaki Williams to push past Marcelo down the right, but each time the final ball was lacking and Keylor Navas in the Real goal was never forced to make a big save.
The intensity carried into the second half. Athletic were emboldened thanks to the backing of their supporters, who roared with every 50-50 ball won by their team. But similarly to the first half, Real withstood the pressure well and were able to control things even when Athletic were in possession.
Right after the hour mark, Athletic finally were able to create the chances they were looking for thanks to a brilliant one-two combination between Williams and De Marcos, but the much maligned Navas came up with a sensational stop to keep the scoreline in Real's favour.
However, there was nothing the Costa Rican stopper could to prevent Aduriz from pulling Real level 1-1. Once again Williams got the better of Marcelo on the right and floated a cross over to Raul Garcia, who headed back across goal for Aduriz and the former Valencia man had the easiest of headers from two metres out for the goal.
But all of Athletic's hard work to equalise came undone minutes later when Real regained the leader via corner kick, as Ronaldo's flick-on fell perfectly for the unmarked Casemiro at the far post, who smashed in past Kepa to make it 2-1 to Real.
Real then could have iced the game thanks to the work of Marcelo and Benzema down the right, but first Benzema's cross for Ronaldo was snuffed out and then the rebound was struck high over the crossbar by Marcelo.
Zidane looked to close out the match in the final 10 minutes and surprisingly substituted off Ronaldo - a rarity in itself - for Isco. The move helped shore up the Real midfield, and Athletic never really came close again to goal, thus sending Los Blancos home happy with all three points.