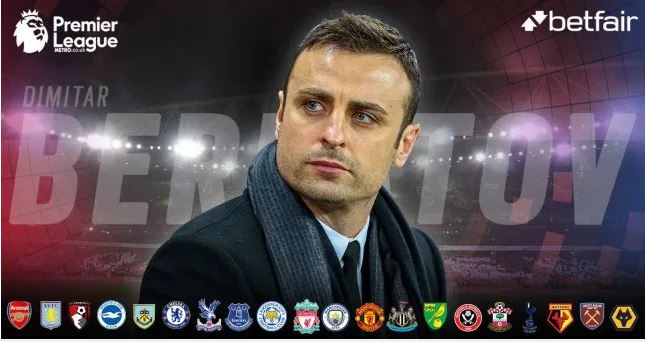 Former Manchester United striker, Dimitar Berbatov, has given his predictions for some of the midweek fixtures in the Premier League.
Although Liverpool have been crowned champions, the race for Champions League places is still very on.
The Court of Arbitration (CAS) decision to overturn Manchester City’s two-year European suspension, also means there are two spots left in the top four.
Berbatov, speaking with BetFair, looked ahead to some of the crucial fixtures on Wednesday and Thursday.
“Man City vs Bournemouth: Bournemouth certainly had a good second half against Leicester, but then when it really matters they don’t have that consistency, which is the difference. I think they will struggle against City. Dimitar’s Prediction: 4-0.
“Arsenal vs Liverpool: As I have said before, if Arsenal don’t fix their deference then they will continue to have problems, especially when you are coming up against a fast front three like Liverpool have, then you will have massive problems. We saw against Spurs how they conceded and I think those mistakes are in some of their players’ DNA, and that will continue if they don’t fix it. Dimitar’s Prediction: 1-2.
“Crystal Palace vs Man United: I don’t think United will let themselves miss another opportunity, like they did against Southampton. I hope they can win this one and push on into the top four because I really want to see them in the Champions League again. Dimitar’s Prediction: 0-3,” he said.