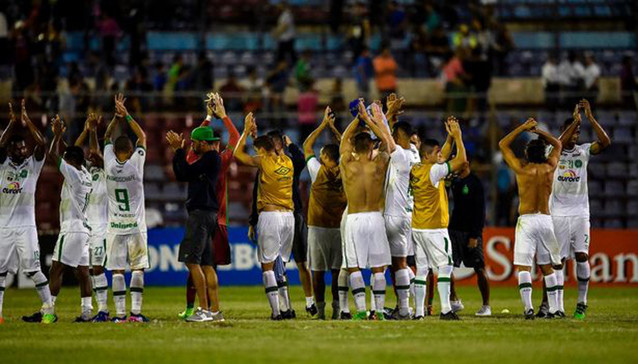 Chapecoense president Plinio David de Nes Filho has revealed that only European giants Barcelona financially helped his club following the fatal crash that killed the majority of his squad last year. Nineteen players were killed among the 71 passengers that lost their lives in a plane crash as the team made their way to Colombia for a Copa Sudamericana final clash against Atletico Nacional. Following the tragedy, a number of clubs the world over promised to aid Chapecoense in rebuilding their team, yet their president has now revealed that one club stuck to their word. "Barcelona was the first team that showed solidarity with us, and for now, it's the only team that's helped us financially, sending us €250,000," he told Spain's Cadena SER.

Teams in Brazil have however loaned players to the small club, who have since been involved in local Campeonato Catarinense as well as continental Copa Libertadores action ahead of the start of the regular league season in May. Barcelona have also invited the Brazilian club to play in their annual Joan Gamper Trophy match at Camp Nou, with proceeds of that match going to help the depleted club. President Filho confirmed that the friendly encounter will most likely take place towards the end of May. "In May we will have the definitive date, which will be between the 18th and 26th of May," he said.