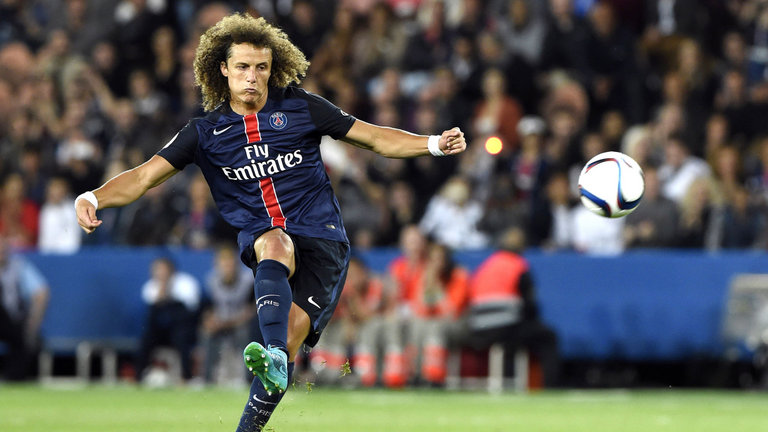 Here is the man of the hour. David Luiz casually strolls through St Pancras ahead of his possible return to Chelsea. Chelsea have agreed a fee with Paris Saint-Germain to re-sign David Luiz and the defender arrived in London on Wednesday evening ahead of his shock move. The fee is believed to be £30m and Luiz is now due to have his medical in the capital. Personal terms are still to be agreed but we understand the deal is likely to be for three years, with an option for a fourth.
Luiz arrived in London at St Pancras train station ahead of his proposed move and a Sky source has told us that the player's desire to return to Chelsea is the only reason the deal has progressed. He was in Paris on Tuesday and, when he heard PSG had rejected Chelsea's interest in him, he sought out both PSG's president Nasser Al-Khelaifi and their sporting director - his fellow countryman Leonardo - in an attempt to convince them to let him go.
PSG had previously turned down approaches from Chelsea for both Luiz and his Brazilian team-mate Marquinhos, telling them that neither defender was for sale. But a Chelsea statement on Wednesday evening read: "Chelsea Football Club and Paris Saint-Germain have agreed terms for the transfer of David Luiz back to London. "The move is now subject to him agreeing personal terms and passing a medical." Paris Saint-Germain want more than &#163;30m for David Luiz
The 29-year-old Brazilian left Stamford Bridge for France two years ago for £50m, which remains a world record fee for a defender. Dharmesh Sheth has all the latest on a return to Chelsea for David Luiz and the signing of Marcos Alonso from Fiorentina And new Chelsea boss Antonio Conte has made it clear a centre-back was top of his priority list, with moves for Alessio Romagnoli at AC Milan and Kalidou Koulibaly from Napoli falling through so far. Three months half price Sky Sports
Sky in Italy reported last week that Chelsea's £30m bid for Romagnoli was rejected, and that there was a "90 per cent" chance of Koulibaly not moving to Conte's team.Chelsea first purchased Luiz in January 2011 from Benfica for £21m. In his three-year stay in west London, Luiz made 143 appearances for Chelsea in all competitions, scoring 12 goals.