Chelsea linked with a move for AC Milan midfielder Suso 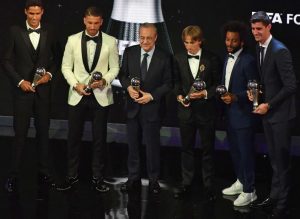 AC Milan midfielder Suso has emerged as a surprise target for Chelsea ahead of the summer transfer window.
Chelsea are linked with a move for AC Milan midfielder Suso, according to the football transfer rumours in Italian Media.
Suso has joined AC Milan from Liverpool for a fee in the region of 1.3 million euros in January 2015. The 23 year-old has a valid contract with AC Milan until the June 2019.
After his arrival from Liverpool, Suso has scored six goals and provided ten assists in 38 games for AC Milan in all competition.
Suso has also represented Spain at Under-17, Under-18, Under-19, Under-20 and Under-21 level, winning 35 caps across all age groups and scoring seven goals.
The Spain international has been in fantastic form for Milan this season.
The 23-year old is thought to perfectly fit the profile of midfield player Antonio Conte wants to target in the next transfer window.
How strong that interest is and whether Chelsea will make a summer move remains to be seen but it is certainly one worth keeping an eye on.