Conte: We must win the FA cup, as for Mourinho i have no problems with him 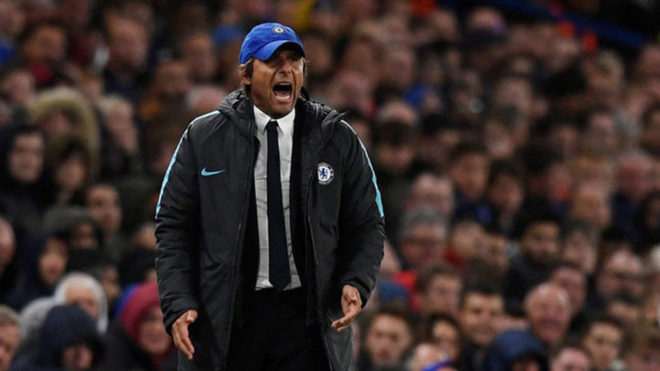 Ahead of the today's tie between Chelsea and Manchester United in the FA cup finals, Antonio Conte has expressed his club’s desire to end this season on a high by winning it.

Chelsea were dethroned by the Cityzens as EPL champions this season but need to win the FA cup in order to portray a decent campaign after finishing fifth in the Premier League table and missing out on the UEFA Champions League for next season.

“We must be focused on Saturday and for us it is very important and we want to finish with a trophy and it is important for the coach, players, fans and the club. We are focused on this target,” Conte said during his pre-match press conference on Friday.

“It will be tactical but the most important thing is to win. I believe it will be tough for both teams. “Romelu Lukaku is an important player for United but they have the possibility to pick many important players even if he doesn’t feature. Our approach will not change whether Lukaku plays or not.”

Conte expressed disappointment that Chelsea could not complete the double last season after they were stunned 2-1 by Arsenal in the FA Cup final.

“It was a strange game and a pity because we had the possibility of doing the Double. Tomorrow we must fight against a really good team in order to win,” he added.

The former Juventus boss stated he has no problem with United coach Jose Mourinho. Both managers have been involved in a war of words since last season.

“This is not important now. We have a normal relationship now and I will shake his hand,” Conte promised.

And on questions about his future with Chelsea, Conte said: “I can tell for sure this will be my last match…this season. “For me and the players the last game for us and then you know very well I have a contract and I am committed to the club.”