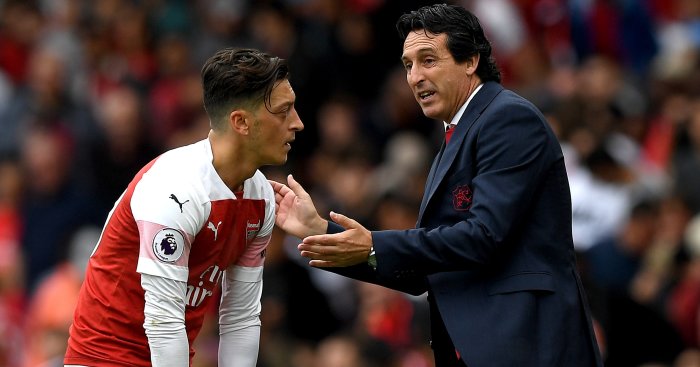 Real Madrid have an illustrious history in attack but it's rare in football to see a combination as devastating and durable as that which we've seen over the years between Cristiano Ronaldo and Karim Benzema.
The pair arrived in that great initial splurge when Florentino Perez retuned as Real Madrid president in 2009 and though the French forward has had his ups and downs, it's mostly been up as he's proved the perfect foil for his Portuguese teammate.
The numbers are simply staggering.
In their time together at the Estadio Santiago Bernebeu they've netted an astounding 568 goals between them; to put that into perspective, that's an annual tally touching upon 70.
It's no surprise that with a pair like this to call upon, the Champions League holders have found the back of the net for 49 games straight now.
In the last eight years, they've directly combined on a whopping 63 occasions where one has played the final pass to the other.
These numbers are all the more remarkable given that Benzema has had to fight to nail down his place, having faced stiff competition from Juventus' 90 million man Gonzalo Higuain early in his time in the Spanish capital.
Since Pipita departed for Serie A in 2013 the Frenchman has always had his managers' confidence as part of the undisputed BBC trident, but it wasn't always that way.
Indeed, one remembers Jose Mourinho's scathing assessment after Higuain got injured in the 2010/11 campaign with regard to the ex-Lyon man.??"Sometimes when you can't go hunting with a dog, maybe you have to go hunting with a cat instead."
They were words designed to spark a reaction, and they had their effect as Benzema blossomed the following season when Madrid ended Barcelona's run of three straight LaLiga titles.
There is little to say about the Portuguese that has not already been said.
He remains the decisive figure in this side even when he fails to find the net; take Saturday against Athletic Club, where he assisted his colleague for the opener as Madrid consolidated their place at the top of the table.
Ronaldo is, of course, the leading scorer in the team once again with 19 LaLiga strikes to his name this campaign.
Benzema has been with him every step of this glorious journey without parallel, his intelligent movement creating the space on which the club's record scorer thrives.
Alvaro Morata is the latest pretender to his position and though the Spaniard has enjoyed a fine campaign since returning from Juventus, the Benzema-Ronaldo axis remains the fulcrum of the Madrid attack.