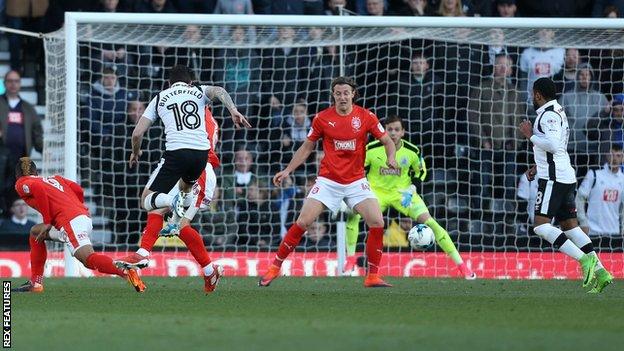 The defender died a day after leading his side in a 4-0 victory over Drogheda United in the League of Ireland Premier Division, the top league in the Republic of Ireland. The cause of death is not yet known. The Football Association of Ireland tweeted: "Thoughts tonight with the family of Ryan McBride and everyone involved with Derry City FC." Phil O'Doherty, Derry City Football Club chairman, said the team is "devastated". "This news is so hard to take in," he told the BBC. "He started the season so well and scored a really important goal against Shamrock Rovers recently. "The players and management staff are in shock and it's an extremely tough time for everyone." Mr O'Doherty said McBride "was a leader on and off the field". "He was incredibly respected. He was an ideal captain," he said. "He was from the Brandywell area and he just walked across the road to his home after every game."

Ryan McBride's death is the latest tragedy to beset the club following the death of striker Mark Farren and the Buncrana pier tragedy which claimed the lives of Josh Daniels' family members a year ago. Former Derry City striker Liam Coyle said: "My brother phoned me to tell me and I was in total disbelief. "I played football with Ryan's father and Ryan was always a rising star. "Everybody loved Ryan's attitude and the way he played. The club has been through a lot of tragedy but the people of Derry will provide a lot of support to his family and friends. "Derry City has lost the best centre half in Ireland." The President of Ireland, Michael D Higgins, tweeted: "Along with all those who support Irish football, I express my sadness and condolences to the family of Derry City Football Club captain Ryan McBride."