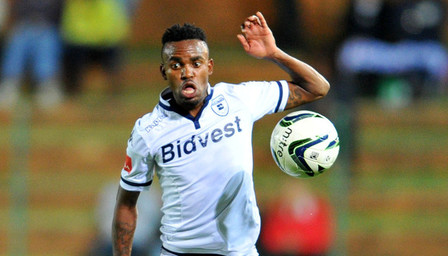 There’s been much muttering of a ‘New Era’ in Nigeria’s footballing fortunes in recent months, although while Sunday Oliseh’s ‘era’ ended in acrimony, there’s genuine hope that the Super Eagles can begin to look forward to a brighter future.  Admittedly, the World Cup draw is miserable, and Gernot Rohr certainly carries the aura of a man who’s well aware that he was ‘sloppy seconds’ as far as the Glass House were concerned, but a plethora of sensational young talents have helped revive a squad that has been flagging badly.

Similarly, the performance of Samson Siasia’s Dream Team at the Rio Olympics—six of whom make the German’s first squad—have prompted optimism that the nation can once again look towards a successful future.

Rohr’s first Super Eagles squad certainly celebrates the nation’s young talent, but also offers a nod to one of the nation’s forgotten talents "Nosa Igiebor" a familiar face in Nigeria’s ‘New Era’.The 25-year-old Nosa appears to be on the brink of his fourth big opportunity to truly establish himself with the Eagles following a national career that has often flattered to deceive. His first big break came ahead of the 2013 Cup of Nations when he was handed his debut in the playoff first leg against Liberia.

After scoring in that match a 2-2 draw he returned in a slightly more advanced role for the return leg at home, and delivered a dazzling performance contributing two assists as the Lone Stars were thumped 6-1 and Stephen Keshi’s side secured passage to the 2013 Cup of Nations. In his third fixture—a friendly against Venezuela in the middle of November 2012—Igiebor again found the net to mark a startling start to life as a senior international. Three games, two goals, two assists. Sadly, it’s never been that good again for the central midfielder. He started Nigeria’s first two matches at the 2013 Afcon, but was jettisoned after the opening draws against Burkina Faso and Zambia and played no further part in the tournament. Despite his slink to the peripheries of the Big Boss’s squad in South Africa, Nosa again returned to the squad at the end of the year, coming on in World Cup qualifiers against Malawi and Ethiopia, and starting in a friendly victory over Burkina Faso. He made a classy cameo in a friendly draw with Scotland ahead of the 2014 World Cup but didn’t make Keshi’s squad as the Big Boss looked elsewhere. Clearly, the late chief was tempted by the talent and potential of Igiebor—and understandably so—but the midfielder didn’t do enough to establish himself in the starting XI or even as a regular squad member. Following the World Cup elimination at the hands of France, Nosa again returned to the fold for the miserable beginning of the 2015 Afcon qualifying campaign. He came on as a substitute in the opening defeat against the Republic of Congo, and then started both the draw against South Africa and the miserable loss against Sudan.That was almost two years ago, and I suspect that there were one or two Nigeria fans who suspected they’d never again see the former Warri Wolves operator recalled to the fold.

Certainly, Keshi looked elsewhere, while neither Oliseh nor Daniel Amokachi saw fit to turn to the 25-year-old, despite his performances in Spain with Real Betis or, latterly, with Maccabi Tel Aviv, with whom he contested the Champions League last season. Perhaps this experience was crucial in convincing Rohr to give the Abuja-born midfielder another opportunity—his fourth—with the national side. It’s a decision that could yet pay off for the Super Eagles, even though Igiebor’s international has been mottled with false starts to date.

Across African football, there is a dearth of midfielders who can put their foot on the ball and control a game. It’s a reality that was clear at the 2015 Afcon, where the continent’s finest sides came together, but the biggest sides largely struggled to set the tempo in games, control contests or to steadily build attacks.

Caf’s Team of the Tournament featured five midfielders, but while there were plenty of talented wide attacking players—Max Gradel, Yannick Bolasie, Andre Ayew and Gervinho—only Yaya Toure of champions the Cote d’Ivoire was able to settle on the ball, dictate the tempo and help a team control a bout…and even that’s arguably not his strength last season, across nine of Europe’s top leagues, there was only one regular African midfielder who averaged above 90 percent passing accuracy—John Obi Mikel—and only three who averaged over 60 passes per game—Andrew Surman, Charles Kabore and Jean Michael Seri Igiebor, while not an elite playmaker, is someone who could help Rohr’s Super Eagles control bouts and provide chances for the likes of Odion Ighalo, Kelechi Iheanacho, Alex Iwobi and Moses Simon.If he can find a midfield synergy with Mikel, then Nigeria’s possession stats will surely rocket and the West Africans will be better placed to go toe to toe with the likes of Cameroon and Algeria in World Cup qualification.