Godin: We know the path to success in Europa League 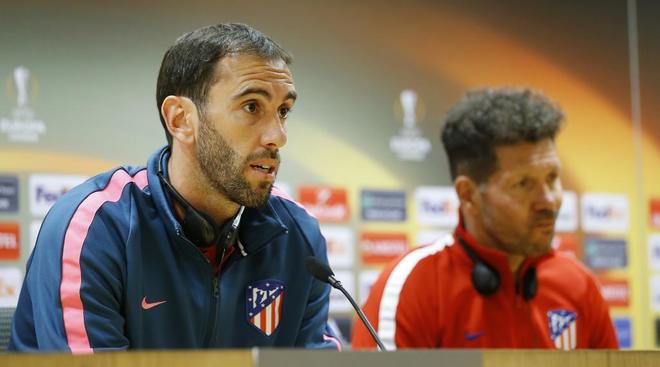 The Rojiblancos face Arsenal tonight at the Emirates stadium in England with Diego Godin boasting of his side’s experience in competition will give them an edge.

The Uruguayan was part of the team that won the title under their current manager in 2012 against Athletic Bilbao, Godin described how Atleti know what it takes to go all the way.

"[The Europa League is] a very important title that can give us prestige, we know what the path is like, we have won the competition, and we like it," stated the defender in his pre-match press conference. "Again we are in a European semi-final. Everything grows the club and the fans, everything is being done to win."

With the first leg in North London, Godin is keen to keep Arsenal at bay on Thursday but acknowledges the strength in experience the Gunners also possess.

"A clean sheet is essential," he continued. "We base ourselves on hindering the opponent's strengths, and scoring would be an important advantage for the return leg.

"Arsenal [are dangerous as] they play well, have a great team and a great coach. "They have been competing at a great level for years and they have the same enthusiasm that we have for winning. "We will try to win, but it won't be easy."