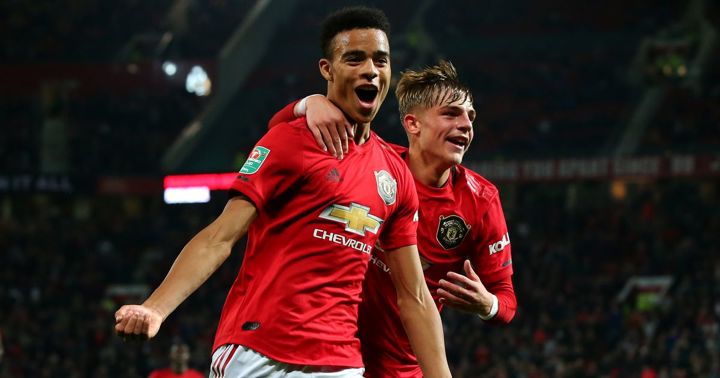 Manchester United coach Kieran McKenna praises Brandon Williams and Mason Greenwood for breaking into Red Devil first team and he revealed the key factor to their success.
"You need to have stand-out attributes physically and you need to have stand-out attributes technically to be able to be in consideration," he told the United website.
"But that would probably account for most of our Under-23s squad.
"You're often looking at that mental edge and the characteristics of the players who can handle the step up from a mental point of view, who respond well to pressure, who like playing on the big stage and playing with the big boys and playing in front of crowds.
"Certainly, with the boys who are in and around the first team now, those are the bits that you're trying to work on, that you're trying to push, that you're trying to make sure that they're really solid on, because, technically and physically, most of them are able to make that step up.
"Very often, it's how they handle the mental jump, which a couple of them have done really well this year. That's probably the bit that determines whether they can break in and hopefully stay in."

McKenna also revealed that he is not surprise that both players broke into the first team after watching them grow from the academy.
He added: "I don't think anyone who has been around for the last few years would ever doubt that Mason had the capability to step up through the levels and score goals.
"He's got other bits of his game that he's working on, and he needs to work on, and he knows he's still got a lot of levels he needs to jump to really establish himself as a top player and become a regular over the next few years.
"But, in terms of Mason going on the pitch and being able to score goals, which is obviously the most important bit of the game, I don't think anyone has been overly surprised that he has made that jump.
"It's a long race and it's about who is going to be there at the end, so Brandon has been a big bonus. I don't think it's maybe as big a surprise as it has been made out to the people who've worked with him.
“He's a kid who showed it in his first year as a scholar. He came in as an Under-16, he probably wasn't the first one to get in the doors full-time and wasn't the first one to get his scholarship and things like that, but he came in the doors the first year as a scholar and really hit the ground running. He had a terrific pre-season and really established himself in that Under-18 group straight away from the first day of pre-season as a scholar.
"He is, again, a kid who has shown he can jump up through the levels, it doesn't faze him, it tends to boost him a little bit and he's able to rise to challenges and has a big mental strength around that.
"So, yeah, maybe the impact he had has certainly been a big bonus, but probably not a surprise for those who know what type of kid he is and again, yeah, it should be, and I think it is, a big motivation for the rest of the Under-23s and the Under-18s to know that it's not just about the ones who are there at the moment."