Griezmann jokes that Mbappe will keep him out the France team 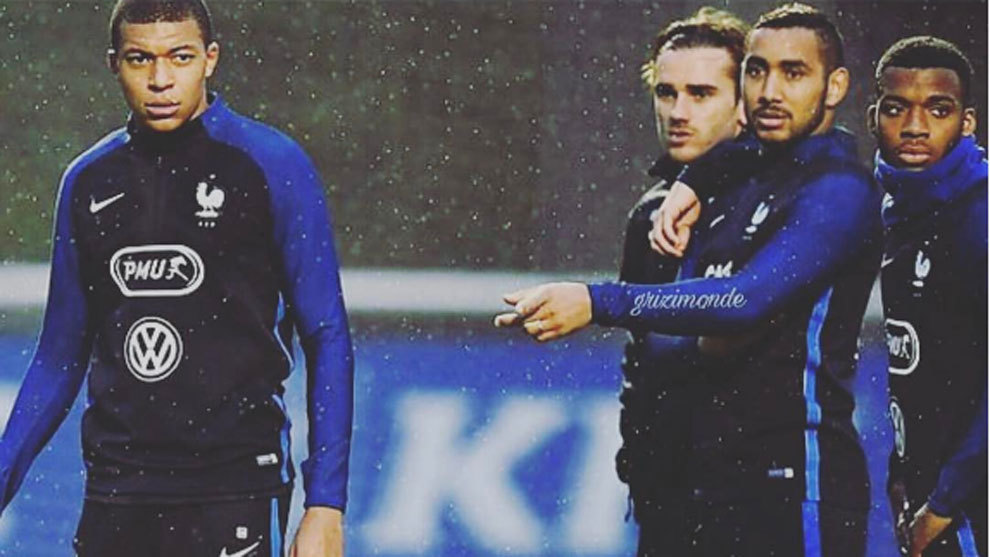 Kylian Mbappe's rise to the French national side may keep one or two regulars out of the line-up, as Antoine Griezmann remarked on Friday.
Les Bleus take on minnows Luxembourg on Saturday before a friendly with Spain and the Monaco youngster is hopeful of making his debut for the senior side after an array of impressive showings at club level.
"Yeah Dimi," wrote Griezmann on Instagram to caption a photo of himself and Dimitri Payet watching Mbappe. "Here's the guy that will keep us on the bench!