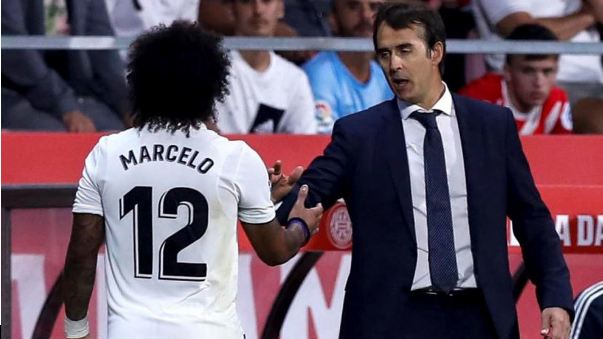 Real Sociedad left-back Yuri Berchiche has impressed this season and as a result, both Real Madrid and Manchester City are after the 27-year-old.
Los Blancos are after a heir to Marcelo's throne whereas Pep Guardiola is also keen on picking up a quality full-back, given his squad's struggles in that position.
Several Italian clubs are also said to be scouting the Txuriurdin star, whose release clause currently sits at 30 million.
He has caught the eye of Spain national team coach Julen Lopetegui as well, earning a spot in the 40-man provisional list, despite not making the final 25-man squad.
His attacking talents make him sought after amongst Europe's big clubs, as his sense of timing and good crossing is sure to be useful no matter the league