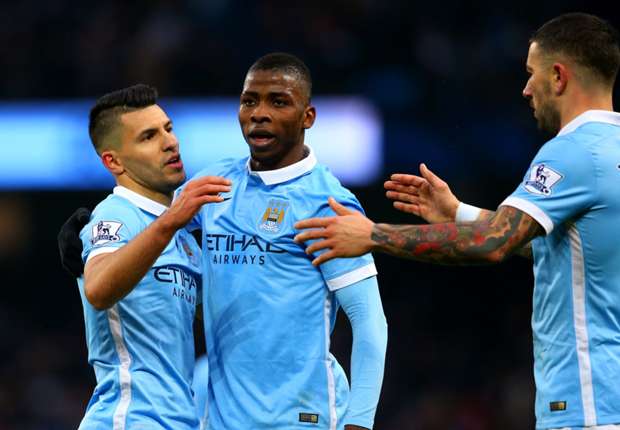 Nigeria international Kelechi Iheanacho has applauded Sergio Aguero’s breathing taking performance in Manchester City’s Champions League play-off victory.
Aguero shrugged off two firt half penalty misses to fire a treble in the Citizen’s 5-0 demolition of Steaua Bucharest in the first leg played at the Stadionul Național.
The Argentine began the exploit after 41 minutes with a cool finish. He added his second in the 78th minute before netting his third in the closing stages of the game to add further gloss to the scoreline.
And Iheanacho through his Instagram handle acknowledged the Albicelestestar performance against Laurențiu Reghecampf’s team.
“Great win today, and congrats to Sergio Aguero on his hat-trick,” he wrote.
Great win today, and congrat to @aguerosergiokun16 on his hat-trick.
Iheanacho alongside Joe Hart, Jesus Navas, and Fabian Delph were on the bench for the entire duration of the game with Bacary Sagna, Gael Clichy and Fernando thrown into the fray in the second half.