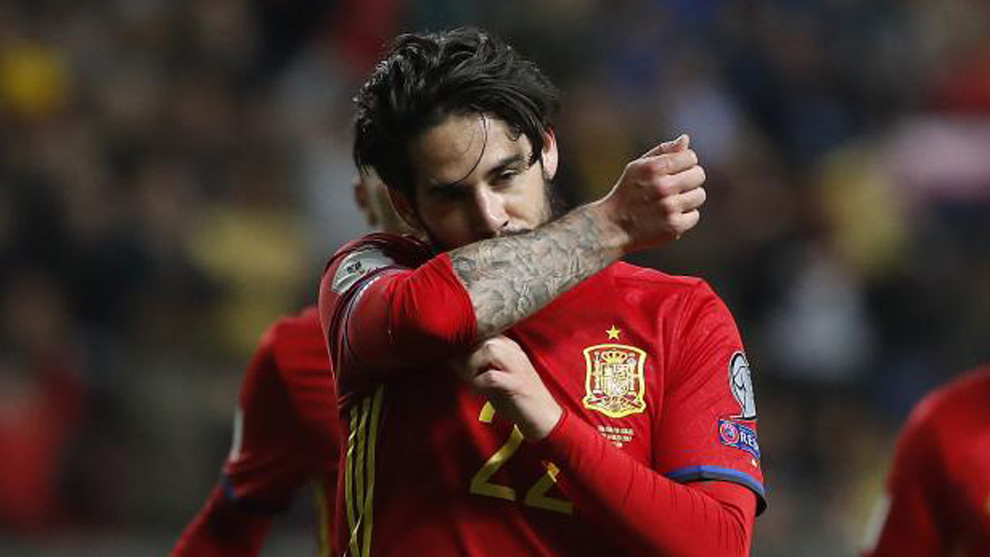 It was a comfortable evening on the pitch for Spain as they ran out 4-1 winners over Israel however Isco cut a frustrated figure in the mixed zone as he bemoaned media outlets 'inventing' stories about him whilst there is a break in domestic football.
The 24-year-old enjoyed a fine evening on the pitch as he found the net after being used as a second-half substitute.
Real Madrid's playmaker has been the subject of speculation linking him to Barcelona in recent days however he was quick to quash such rumours.
"Players are aware of rumours, we are used to it, now that there is less football during the break some people have to invent stories," he explained.
It hasn't been the most comfortable season at the Estadio Santiago Bernabeu for the former Malaga midfielder however he retains the faith of international coach Julen Lopetegui, something he made clear his appreciation for.
"I'm happy to be here with the national team because of the confidence the coach has in me," he added.
"We had a good game, we managed to stay on top and the group worked phenomenally."Competition for places is nothing new within the La Roja setup and Isco fully understands this with the playmaker eager to make clear the team's success is the most important thing.
"It is a luxury for me to be here," he continued. "There is a lot of competition with many players who do well for their club teams, I am here to help in any way that I can and I am happy about how things are going."