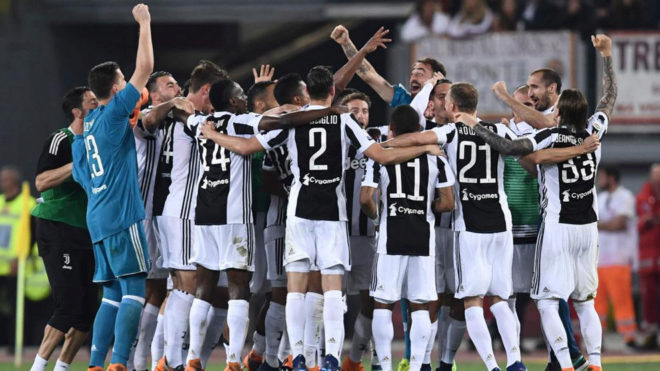 Whilst much of the focus has been on Inter and Lazio both attempting to fall out of the race for Champions League qualification, Juventus secured their seventh successive Italian title with a 0-0 draw away at Roma on Sunday evening.

Recent results had left the Bianconeri in a basically unassailable position at the summit of Serie A, however the additional point was required to make the club's latest triumph official.

The draw wasn't the most memorable of matches for anyone involved, with both teams managing a collective two shots on target. Yet it did bring to a close a rather successful week for Massimiliano Allegri's charges, after their Coppa Italia final victory on Wednesday.

Paulo Dybala had the best chance of the match in the first half when he got on the end of a delightful chipped pass inside the penalty area and the Argentine placed the ball past Alisson expertly, only for the offside flag to have been raised. For Roma, they were already aware they were definitely in the Champions League for the 2018/19 season following Inter's failure to defeat Sassuolo on Saturday.

They played with a lack of intensity that reflected their comfortable position in the table, although this didn't stop Radja Nainggolan from being shown two yellow cards within five minutes of each other to be dismissed in the 68th minute of play.