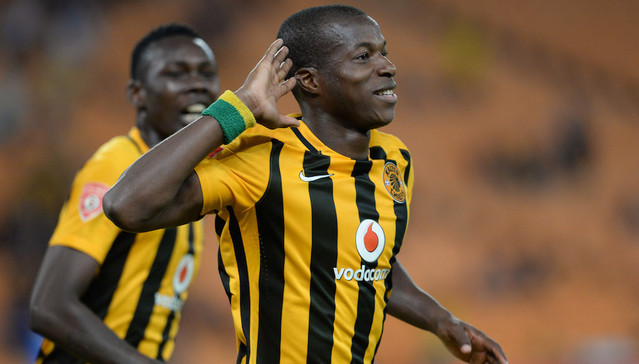 Kaizer Chiefs will be calling upon Camaldine Abraw as they seek to alleviate their struggles upfront with the striker having finally returned to full fitness. KickOff.com has established that Abraw has been buzzing at training and is now certain to be thrown back into action when domestic football returns in April. While he is unlikely to start in Chiefs’ next game against Mamelodi Sundowns, he is expected to be given the nod against lower division campaigners Acornbush United in the Nedbank Cup Last 16. “Abraw has been looking sharp at training and all that he needs right now is game time to get his confidence and proper match fitness back,” says a source. Abraw has yet to feature this term due to a knee injury which forced him to undergo surgery at the start of the season, and the club then decided not to register him for the first half of the campaign.

However, the 26-year-old has since been registered with the PSL again and is now available for selection. Chiefs have been awful upfront this season with none of their forwards taking the responsibility of leading the frontline. Off-season signing Michelle Katsvairo hasn’t inspired any confidence in the same way that Lewis Macha, Ryan Moon and Emmanuel Letlotlo haven’t shown much in the limited appearances that they have thus far had. Edward Manqele and Siphelele Mthembu have been left on the fringes while January signing Gustavo Paez is yet to really get going, which leaves Bernard Parker as the front man with the most goals to date.

Playing from a wide attacking position, Edmore Chirambadare is yet to register his name on the club's scoring charts. Chiefs will be hopeful that Abraw could provide the bite they need in the box as the Absa Premiership nears its climax and they seek to make a strong challenge for both the league title and Nedbank Cup.