Lampard speaks on starting Mendy ahead of Kepa Against West Brom 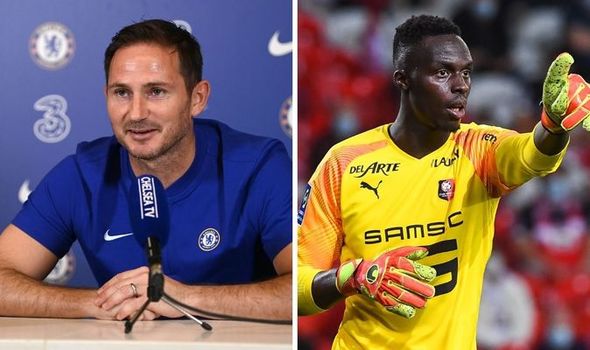 Chelsea boss, Frank Lampard, has confirmed that the club’s new goalkeeper, Edouard Mendy, will have to wait to make his debut for the Blues given the Senegalese international has barely trained ahead of his side’s Premier League clash with West Brom on Saturday evening at the Hawthorns Stadium.
Mendy officially joined Chelsea on Thursday from Rennes. The 28-year-old is expected to compete with Chelsea’s first-choice goalkeeper, Kepa Arrizabalaga at Stamford Bridge.

“To start tomorrow is not going to happen,” Lampard said at his pre-match press conference on Friday when asked about Mendy’s chances of replacing Kepa in the team against West Brom.

“He has had a long week and not really trained.

“He flew in yesterday, and it is too tight of a turnaround to start.”

Lampard added: “I haven’t spoken to him, but I will have a conversation with him and Caballero in 24 hours or so.

“There is good competition between them.”

Chelsea head to the game after defeating Barnsley 6-0 in the Carabao Cup third-round tie on Wednesday.