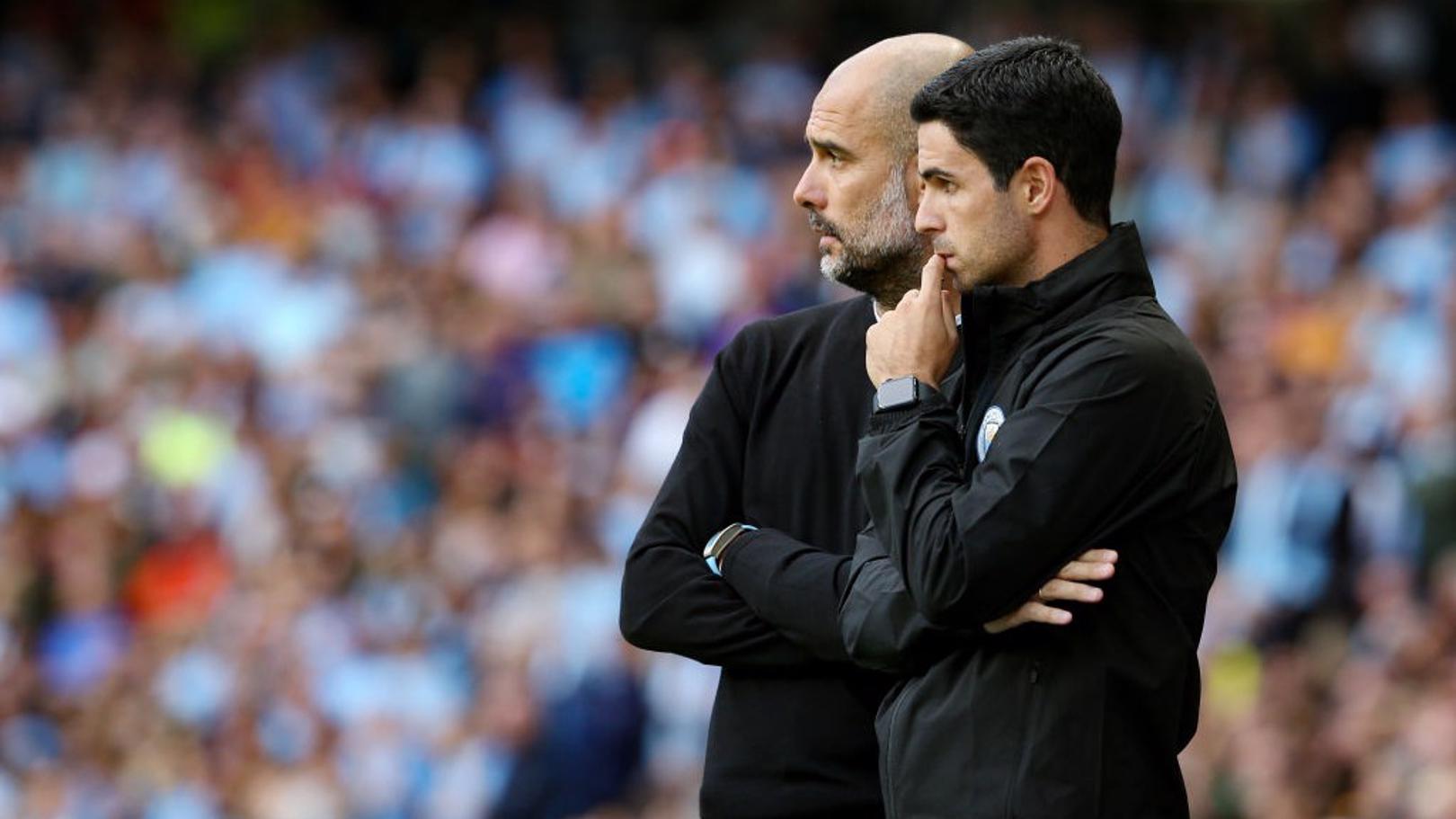 Manchester City manager, Pep Guardiola revealed he has sent Mikel Arteta a message ahead of their reunion in Manchester City’s Premier League clash with Arsenal on Wednesday night – asking him about the wine they’ll share after the game!
Arsenal boss, Mikel Arteta worked under Pep Guardiola at Manchester City before replacing Unai Emery at the Emirates earlier this season and this will be his first return to The Etihad Stadium to face his former mentor.
Mikel Arteta was part of Guardiola’s coaching staff for their back-to-back Premier League title wins over the last two seasons, but they are set to lose their crown to Jurgen Klopp’s dominant Liverpool side this year as they remain 25 points below Liverpool having played a game less.
Arsenal can speed up that process if they defeat Man City on Wednesday night as victory for the Gunners would give Liverpool the chance to seal the title in the Merseyside derby against Everton on Sunday. But Guardiola and Mikel Arteta will put their on-the-pitch rivalry aside after the match on Wednesday and share a bottle of wine if they’re allowed to.
Speaking ahead of the Premier League's return on Wednesday, Pep Guardiola said, "I'm so excited to see him, one of the nicest people I ever met."
"It was joy for me and for all of us to work with him. The feeling I have is he’s happy there and doing an incredible job. I’m looking forward to seeing him. This game belongs to the players, they make the difference.
"He knows absolutely everything of us, he was an incredibly important part of our success, he helped us to be who were were and who we are. We are delighted he will come back, especially if he is happy there. ‘We sent a message an hour and a half ago. It was about the wine we are going to drink after the game if social distance allows."
The English Premier League return on Wednesday with Sheffield United against Aston Villa and Manchester City taking on Arsenal.