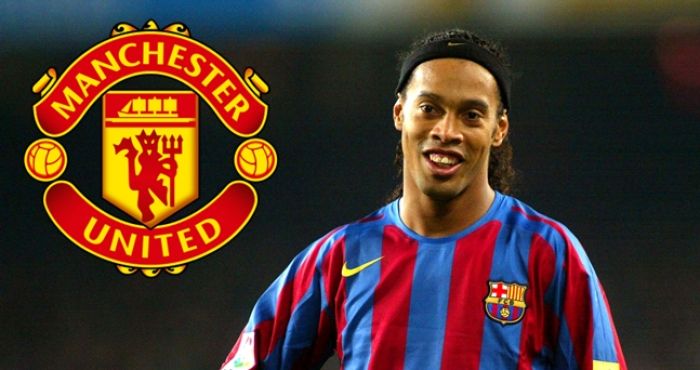 Former Manchester United midfield maestro, Paul Scholes, has insisted that what Barcelona legend, Ronaldinho, did to the Red Devils at last minute was ‘strange and disappointing.’
According to Scholes, Ronaldinho was only days away from completing a switch from Paris Saint-Germain to Man United in the summer of 2003, but the Brazilian star opted to join Barcelona after coming close to moving to Old Trafford.
“But I think the one that stands out is Ronaldinho. I really thought the manager, Sir Alex Ferguson, got him,” the former England international told BBC.
“I think we were away for pre-season, it was as close as announcing him and giving him a number.
“But I think he ended up changing his mind at the last minute and signing for Barcelona.
“It’s strange really because on that pre-season tour we were playing against Barcelona.
“So, we were all excited. ‘Ronaldinho, what a player,’ I think he was coming from PSG at the time and thought we were all going to get to play with him, and he was going to bring something special, almost like what Eric Cantona brought to the team.
“Then the next minute, three days later, we are playing against him, and everyone is trying to kick him.
“We are trying to boot him because he did not sign for us, which was disappointing.”
Scholes added: “I am not bothered. I was lucky enough to play with so many great players, he would have just been another unbelievable player I might have had a chance to play with, but it never happened.”