Man Utd star on the brink of leaving as talks collapse 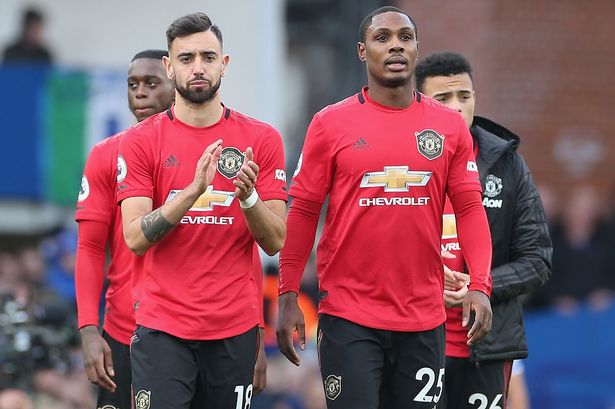 Manchester United have been dealt with a piece of bad news as they fail to reach agreement to extend Odion Ighalo's contract by three months.
According to reports in SportsMail, United negotiations with Ighalo's parent club Shanghai Shenhua has hit a brick wall as the Chinese Super League rejected the Red Devils offer for the former Super Eagles striker.
The former Watford striker joined Ole Gunnar Solskjaer side on loan in the January window transfer, thus signing a six months contract with his boyhood club.
Ighalo's contract with United comes to an end next week Monday and could be on his way back to China unless a deal is agreed with Shanghai Shenhua.
The former Nigerian international didn't disappoint during his short spell before the League was suspended in England as he notched four goals in eight matches.