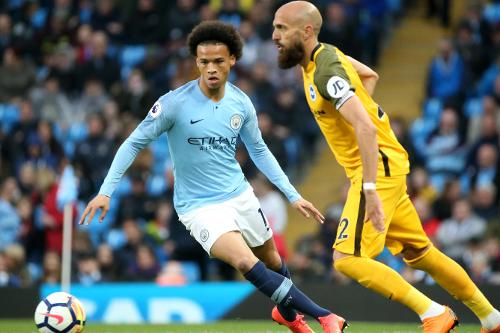 Champions Manchester City defeated Brighton 3-1 at the Emirates Stadium on Wednesday to set a new record for the number of points garnered and goals scored in a single season in the English Premier League era. The win put the Citizens on 97 points, two more than Chelsea’s points tally of 95 set in in the 2004/2005 season.

Pep Guardiola’s men also now hold the record for most goals (105) scored in a single season. Danilo, Bernando Silva and Fernandinho were on target for the champions in the game, while Leonardo Ulloa got Brighton’s only goal of the game.

At Wembley Stadium, Tottenham Hotspur secured their top four position after edging out Newscastle United 1-0. Harry Kane netted the winner for Mauricio Pochettino’s men five minutes after the break for his 28th league goal of the season.

The Lillywhites moved from fourth to third position in the table with 74 points, four more than fifth-placed Chelsea with just one more game to end the season.