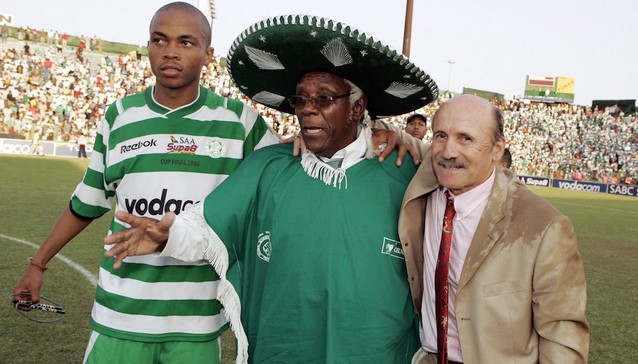 Kylian Mbappe has made a huge impression this season for Monaco. His burgeoning progress hasn’t gone unnoticed, with several heavyweight European clubs vying for his signature. The French young forward has scored 19 goals for the Ligue 1 side during a stunning breakthrough season, and has also registered five assists. According to reports from AS, Real Madrid have scouted Mbappe extensively and see him as a player who could become a worldwide star in the future. However, they face a tough competition from Premier League giants, Manchester United, who have already submitted a mouth-watering offer for the youngster.

Spain’s Cope radio made a stunning claim on Wednesday saying of all the potential suitors, United have have made an actual offer to the French starlet. They claim that United have first submitted a €80m offer for Mbappe, before improving the deal to €110m. Monaco are not keen to sell their prized asset and possibly they have rejected both the offers.

We can draw two possible conclusions from the report:

a) Monaco rate Mbappe highly and they believe they can coup an even better deal than what United have offered.

b) The veracity of the report can be called into question. Can it be an exaggeration from Cope? Are they sure about the amount of money being offered?

Mbappe is a terrific young talent, and he should continue his development at Monaco for at least two more years before making the inevitable switch to any heavyweight European club.