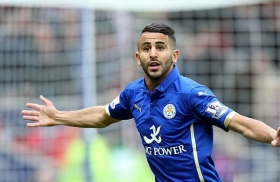 The Mamelodi Sundowns reserve side began their tour of the Netherlands with an admirable 1-1 draw against PEC Zwolle at the MARK3PARK Stadion on Monday night. The Multichoice Diski Challenge champions were tested by the physicality of their Dutch opposition but managed to give a good account of themselves just days after landing in Europe. Lax play from the kick-off cost the home side as Musa Mdluli tapped into an empty net to put his side ahead with less than a minute on the clock but the lead was surrendered in the second period as Zwolle converted from the spot. In the very early exchanges Zwolle, who beat Golden Arrows 3-1 last season, failed to show the Brazilians enough respect as their casual play saw them punished with Mdluli sneaking in to net the opener in under a minute.

Not long afterwards Sundowns worked the ball down the right hand flank but miscommunication between Tebogo Reed and Eric Ntlaba saw them crash into each other as the ball came in. Zwolle eventually found their rhythm and Mpho Mathekga showed great reflexes to deny Chris Dabaghian after he slipped through a crack in defense and tried to round the 'keeper. Reed, playing as the lone striker, broke free in the 17th minute and with the lanky forward bearing down on him goalkeeper Dean Bredewolt came off his line to save an attempted chip. With time running out in the opening stanza Zwolle also tried their luck from outside the area but Mathekga was equal to Gustavo Hebling's effort. Coming out of the break the introduction of Flavio Bento and Keletso Makgalwa seemed to re-energise Masandawana, but some rather partial officiating, on more than one occasion, curtailed what looked to be promising passages of play for the visitors.

On the hour-mark, in what was the best chance of the half up until that point, Makgalwa surged forward but could only unleash his shot into the shins of a defender. Parity was restored to the scoreline minutes later and Sundowns had only themselves to blame as they succumbed to Zwolle's high press and were forced to commit a foul in the box after losing possession. With the penalty awarded it was Milo Witteveen who stepped up and stroked the ball into the bottom right corner with Mathekga diving in the opposite direction. Makgalwa had a chance to put his side back in front with 70 minutes on the clock but after picking up a loose ball in midfield the ball eventually squirted away from his boot as the attentions of three opposition players proved too much of an obstacle. The pace of the game was frenetic in the closing stages as Makgalwa jinxed in between a couple of defenders before his near post strike was turned behind by the goalkeeper's outstretched leg.

Ntlaba then slammed the ball towards goal but failed to direct the ball either side of the well-positioned Bredewolt whilst at the other end Slept let the Brazilians off the hook as he fired wide. A stoppage time goal was almost forthcoming as Makgalwa raced clear but the angle proved too acute for him as he drove into the box and his shot whistled past the upright as the game ended all square. Downs are next in action on Thursday when they take part in the MDC International Challenge.