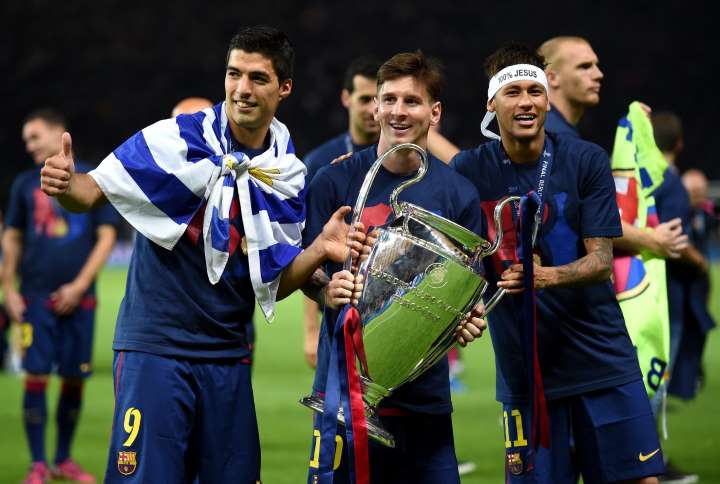 Barcelona captain, Lionel Messi has revealed why his team can't win UEFA Champions League this season. The last time Barcelona won the Champions League was in 2015 five years ago.
Messi alongside his teammates made it to the round of 16 of the competition playing against Serie A side Napoli, and they drew first leg 1-1 in Italy. The second leg is yet to be played due to the suspension of footballing activity in Europe.
Messi in his words believes Barcelona can't win the coveted European title this season because of the way they are playing currently.
Barcelona's new coach, Quique Setien disagree with Messi on this but the Argentine believed the Spanish coach misunderstood what he said.
"I never doubted the squad we have and I have no doubt that we can win everything that's remaining [LaLiga Santander and the Champions League], but not by playing the way we've been playing," Messi said.
"Now, everyone has their own opinion and they are all very respectable. Mine is based on the fact that I was lucky enough to play in the Champions League every year and I know that it's not possible to win it playing the way we were playing.
"Maybe Setien misunderstood."