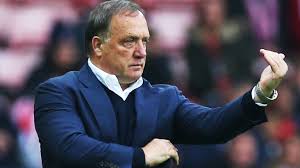 The Old Trafford faithful grew impatient with Louis van Gaal and his team's inability to hit the net, but the new manager warned all-out attack would not be his way
Manchester United manager Jose Mourinho says his team will not always deploy an attacking style – and does not think that represents a change to the club's identity.
The former Chelsea boss is preparing to take charge of his first Premier League match at his new team when they travel to play Bournemouth on Sunday.
Pep Guardiola – Mourinho's long-time rival and new manager of Manchester City – has insisted he will never sacrifice his style of play in order to achieve results, but 'The Special One' says he will do whatever it takes for United to achieve victories.
"I have grown up in football as a manager since 2001 more or less and - especially when I came to England in 2004 - I saw Man United as a winning team, not as always an attacking team," Mourinho told reporters.
"I played sometimes against Man United and Man United was a defensive team. I played Real Madrid-Manchester United in Madrid and they crossed the midfield line twice and Wayne Rooney played outside left to defend my right back.
"I saw them always as a winning team with an attacking philosophy, yes, but a winning team and the winning team needs to score more goals than they concede.
"That's the challenge for Man United - to try to be a winning team in a new era of the Premier League that is much more difficult than before.
"We want to win competitions. To win isolated matches you can play badly but to win competitions you need to play well."
Mourinho also warned not to expect a free-flowing United side from week one of the league campaign, with the modern demands of pre-season reducing the amount of preparation work a manager can do and making it impossible to start "as a train"
The 53-year-old added: "It's more difficult, especially because pre-seasons are shorter and pre-seasons are less football and more other areas.
"I want to go into the Premier League, day one, with 33 training sessions and half of these players are not here because the players I started with are the players that are going on loan, other players are going to the under-21 team and the under-18 team.
"Instead of 33 training sessions, which would be the normal situation 10, 15 years ago, I have guys who are going into Premier League day one with eight training sessions.
"You cannot start as a train. You can start good and in condition to win the match. It's a very difficult match for us but we are in condition to win it but not at the highest intensity. It's not possible."