Mourinho: Ronaldo move away from Madrid is impossible 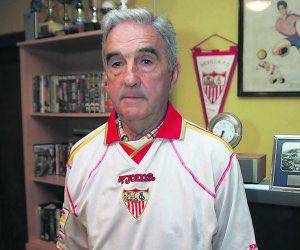 Since his Cristiano Ronaldo move from Manchester United to Real Madrid in the 2009 summer there has been speculations that the Portuguese star will one day return to the Red devil but his fellow countryman and current manager of the club Jose Mourinho believes that possibility has now ended.

If the winger was to depart Los Blancos, his former boss at Estadio Santiago Bernabeu considers only a pre-retirement excursion to the United States or a similar league to be on the cards.

"I believe that Real Madrid cannot sell him, it is prohibited," the coach told Portuguese newspaper Record. "He has to stay until the moment they authorise him to go and play one year in America or anywhere else that he wants to enjoy. It is a closed door."

Manchester United, Mourinho's current club, won't be pushing to re-sign Ronaldo but even the coach admits it would be hard to say no if they had a chance at a deal.

"I don't think so, but all the people know his history in Manchester, the passion they have for him and that there are players in the world who, if the clubs have the possibility of signing, will not say no," he noted.

Mourinho also discussed his chances of one day becoming Portugal's national team coach, a job he considered in a joint role during his stint in Madrid.

"I almost went once, but [Real president] Florentino Perez didn't let me, because he thought that the position of Real coach was not compatible with the national team," he added.

"[I'll consider it] only when I'm tired of the day-to-day, the three matches a week, the seven training sessions per week, and the one month pre-season, things that don't tire me now."

Predicts and win with stakegains...