Muller: Our defeat is not because of the Referee 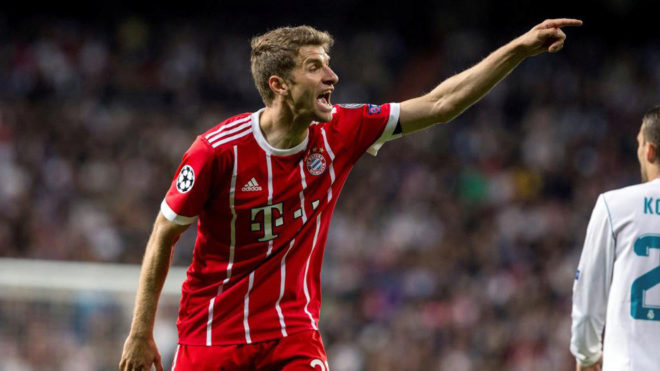 Bayern Munich were left searching for answers after being knocked out of the Champions League by Real Madrid on Tuesday night, but Thomas Muller refused to blame the referee. Just one goal would have carried the Germans through to the Champions League final and yet they found Keylor Navas in sparkling form, something the forward paid tribute to.

"We played much better than in the first leg," Muller told reporters post-match. "The referee did a good job, we didn't lose because of him. "Keylor Navas was great, he saved Real Madrid on many occasions."

Both Jerome Boateng and Arturo Vidal, who were injured for the 2-2 draw, rallied on social media against a potential handball from Marcelo as well as other calls by Cuneyt Cakir that went against Bayern.