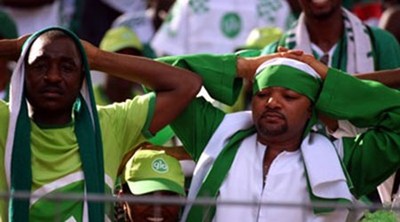 The Super Eagles of Nigeria have maintained their 47th position in the latest FIFA world ranking, Completesportsnigeria.com reports. The latest ranking was released on Thursday on FIFA’s official website.

Also in Africa, the World Cup-bound Super Eagles remain sixth. There is also no movement by the Super Eagles’ 2018 World Cup Group D opponents as they all maintain their previous spots. Argentina remain number five in the world, Croatia in number 18 and World Cup debutants Iceland on number 22.

And the Democratic Republic of Congo who will face the Eagles on an international friendly on May 28, remain number 38 in the world. For the top 10 ranked countries, Germany remain in first position, Brazil in second, Belgium in third, Portugal fourth and Argentina fifth.

In sixth place are Switzerland, France are seventh, Spain eighth, Chile ninth and Poland 10th. The next FIFA ranking will be published on June 7, 2018.