NIGERIA U23 0-2 GERMANY U23: KLOSTERMANN AND PETERSEN SEND EUROPEANS INTO FINAL 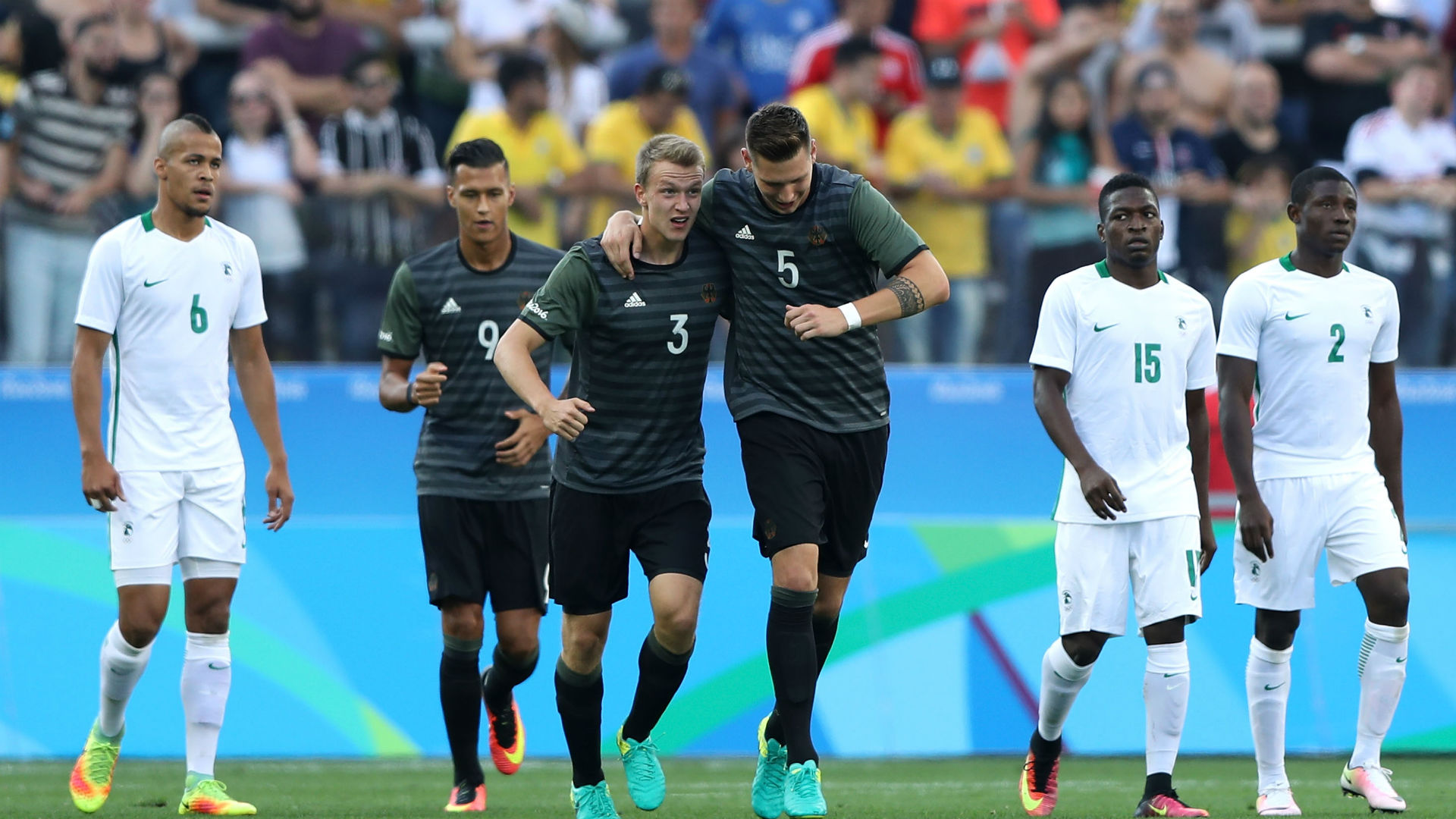 The Germans were the better side on the better team on the night in Sao Paulo as they defeated the African champions who will now settle for a bronze medal match
Germany edged their way to a gold medal match against Brazil as they defeated Nigeria 2-0 at the Arena Corinthians in Sao Paulo on Wednesday.
It was a rude ending to the fairytale run of Samson Siasia’s team who were hoping to emulate their compatriots of Atlanta ’96 in the search for a second Olympic title.
Hampered by the continued unavailability of forward Oghenekaro Etebo and the suspension of midfield impresario Okechukwu Azubuike, Nigeria struggled against a more compact German side whose fleet-footed forwards picked their way around their opponents almost with abandon
Their forays into the Nigeria box paid off early as defender Lukas Klostermann found free space in the box to tap in a Max Meyer cross for their opening goal.
The Nigerians, stunned by the early deficit, picked themselves up and went in search of the equalizer albeit with the fear of being left open at the back.
Their first opportunity came moments later when goalkeeper Timo Horn’s poor clearance gifted Sadiq Umar an opportunity to score but he shot straight back at the goalkeeper leaving captain John Obi Mikel begging.
The Germans continued to use the flanks to penetrate the Nigerian defence and looked dangerous during every move forward without the cutting edge to finish it early.
Nigeria got their best opportunity to get even when Mikel found himself inside the box after some nice footwork that left one defender for dead but his final shot was blocked by the well-timed lunge of defender Matthias Ginter.
Umar Aminu missed a key opportunity to put Nigeria equal in first half stoppage time but Ginter was once again alert to Sadiq’s through pass and hit it out for a corner kick.
The Germans returned to the second half the more purposeful in attack but would find the Nigerian central defensive pair of William Troost-Ekong and Seth Sincere a tougher nut to crack.
Nigeria brought on Junior Ajayi and Saliu Popoola in the search for a goal but failed to find clear chances despite the cheering that followed every touch of the ball by the diminutive midfielder.
The Africans’ best chance came on 80 minutes when Stanley Amuzie hit a fee kick wide from just outside the Germany goal after Ajayi had been brought down by Ginter.
Moments after coming on as a replacement for Meyer, Nils Petersen would get onto the end of a Davie Selke cross to put it beyond the Nigerians give his country their first ever opportunity to win a gold medal.
Germany head into Sunday’s final against Brazil at the Maracana Stadium to renew their rivalry following the demolition at the World Cup two years ago.
Nigeria will face Honduras in the match for the bronze medal.