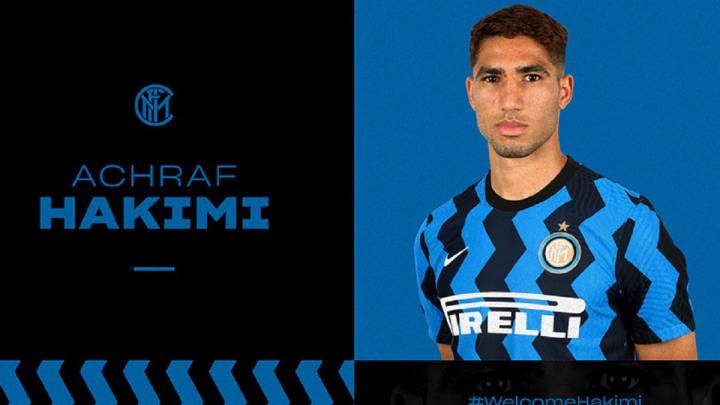 Real Madrid star, Achraf Hakimi has joined former teammate Cristiano Ronaldo in the Italian Serie A as he signs for Inter Milan in a deal worth €40M.

Real Madrid will also receive €5 million as add on fees.
Achraf spent the last two seasons on loan at German Bundesliga side Borussia Dortmund and he had a successful spell at the club which drew a lot of European team.

The Moroccan defender insist on starting every game for Real Madrid which the club cannot guarantee with Dani Carvajal and Alvaro Odriozola still in the club's ranks.

Real Madrid released an official statement on their website to announce the deal.

"Real Madrid C. F. and Inter Milan have reached an agreement over the transfer of Achraf Hakimi," the club stated.

"The club wishes to thank Achraf for his many years of dedication, professionalism and exemplary conduct since he joined our academy in 2006 and wishes him all the very best in this new chapter."