Pogba not as good as mikel-Parker 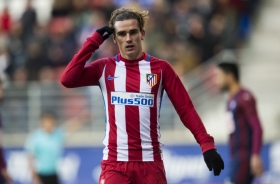 The former Manchester United defender believes the France international is not on the same level as the Chelsea man in terms of breaking up play in a holding midfield role
Ex-Manchester United defender Paul Parker has questioned where Paul Pogba will fit in at Old Trafford, arguing John Obi Mikel is a better holding midfielder than the France star.
Pogba recently became the world's most expensive player when moving to United from Serie A champions Juventus for £93.8m on a five-year deal.
The 23-year-old is set to make his first appearance for United since leaving them in 2012 against Southampton in the Premier League on Friday, but it remains to be seen which position he will operate in.
Pogba was used as an anchoring midfielder for France at Euro 2016 but Parker does not believe he is good enough in the role.
“Can he be as good as Roy Keane or Bryan Robson? I wonder about him playing that midfield role,” said Parker, speaking exclusively to 888Sport.
“I worry about him making tackles and getting across to close players down because he is rangy. He doesn’t have quick feet and his game is about going to ground. That’s going to be a problem.
In a holding position it would be a waste because he’s not a Makelele or even a John Obi Mikel because one thing Mikel can do is close people down. Pogba can get forward, and score goals, and pass the ball but in a high-tempo game he won’t be very good in a deep role.
“We saw that in the Euros where he looked lost for long periods of games when France didn’t have the ball. So when United don’t have the ball what’s he going to be like? Fellaini can’t do that either. Or Rooney. They can’t get around.  Behind Ibrahimovic and Martial there will be changes because there is no way that midfield can last.”
Parker, who won two league titles with United, also reckons the club are “embarrassed” to have spent so much to land Pogba.
He added: “If United had signed Messi for a hundred million not many would have complained. The same with Ronaldo who scores goals and has a presence that scares teams.
“With Pogba you do wonder when you look at his style of play for Juventus can he play that way for Manchester United? Where is he going to play? It would be a waste if it’s in a holding role. If he plays behind Ibrahimovic that puts Wayne Rooney in doubt and Rooney has to play – not that he deserves a place but they have to play him. So it’s a difficult situation.
“I think United in certain quarters are quite embarrassed by how much they’ve had to pay for him but did he do enough in his three seasons at Juventus to warrant that fee? The answer is no, not at all and you have to wonder why Real Madrid disappeared very quickly. They don’t get out-bid.”