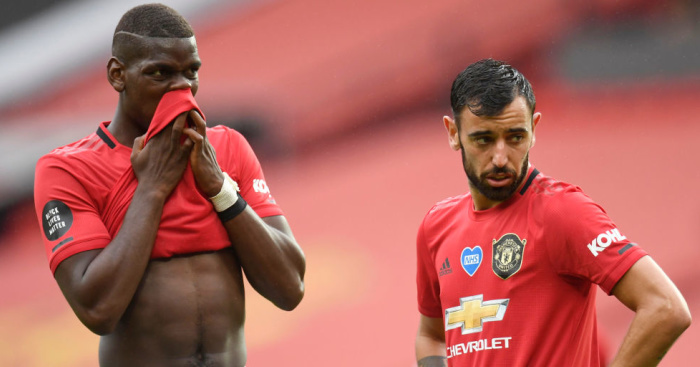 Manchester United expect to confirm a contract extension for Paul Pogba at the end of the season, the UK Metro reports.
Pogba is believed to be close to agreeing terms on a new five-year deal with the Red Devils.
The France midfielder has one year left on the five-year deal he signed in 2016, when he returned to Old Trafford from Juventus, although United have a 12-month extension clause which they would have triggered.
Pogba has requested to leave United on two separate occasions since he rejoined and looked destined to quit in 2018 after falling out with Jose Mourinho.
However, Ole Gunnar Solskjaer’s arrival improved United’s chances of keeping Pogba.
Last summer, Pogba also spoke of wanting a “new challenge” at a club event on their pre-season tour.