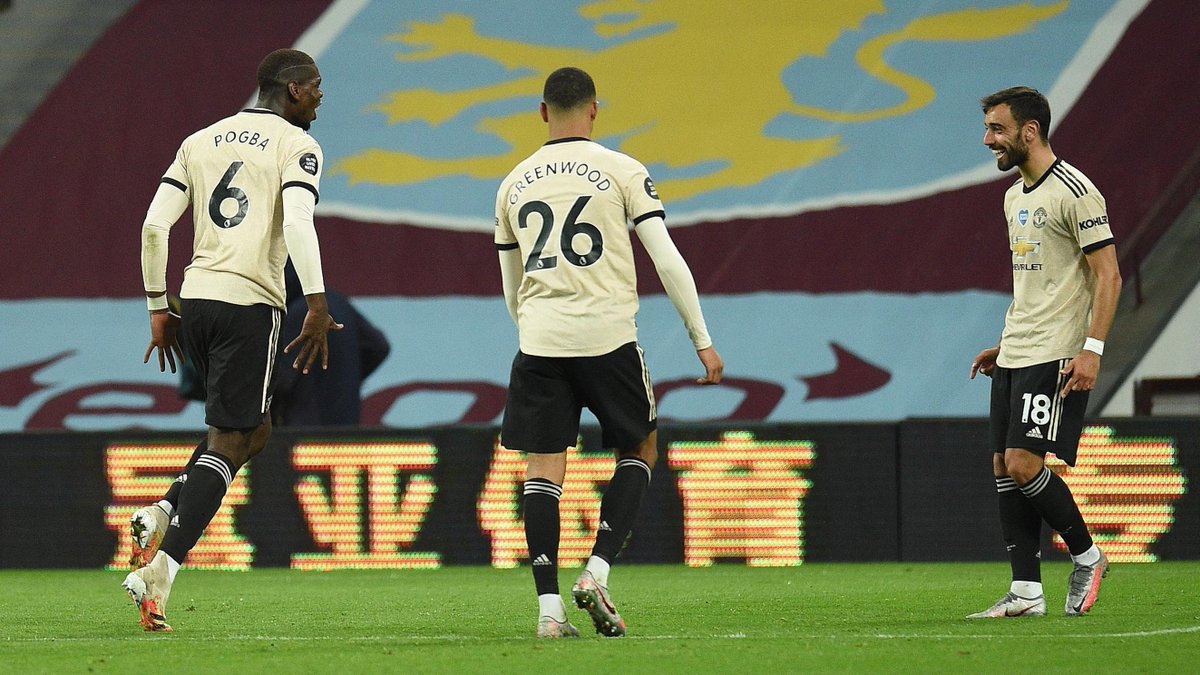 Paul Pogba scored one of Manchester United's goals in their 3-0 win over Aston Villa on Thursday night. Mason Greenwood and Bruno Fernandes got the other two goals.

After the game, Pogba spoke about the team's play and also reacts to Greenwood's performance in the game.

Manchester United midfielder Paul Pogba, speaking to Sky Sports: "We are really pleased with ourselves because we know we have to carry on. We talk before the game, in training, Manchester is a big club and we want to keep the level up always. The performances of the past few weeks are Manchester United.

"We have to keep working, there is a lot to do."

On Mason Greenwood: "I enjoy to see them play, this kid in training and in the game and will keep pushing him to reach the top, he has so much to do again, he can do even more than what he is doing, he is a talent.

"I have been injured for a very long time, I focused on myself to get back - this year we have two goals, to win the Europa League and the FA Cup, so we focus on that."