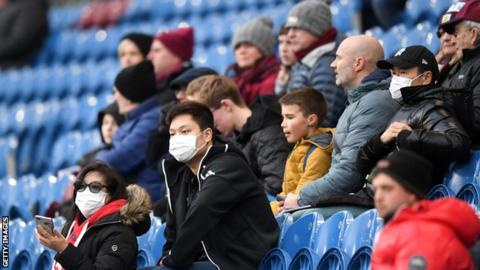 There were six positive tests for coronavirus across three Premier League clubs on Sunday and Monday, as the top flight prepares to resume next month.

This could affect preparations for Premier League return next month after clubs have been granted the permission to resume training.

According to reports in BBC, the players or staff who have tested positive from the 748 total tests conducted identities have been hidden but they will now self-isolate for the next seven days.

An official statement was released by the League management but still fail to give full information about the players or staff.

"The Premier League is providing this aggregated information for the purposes of competition integrity and transparency," the statement reads.

"No specific details as to clubs or individuals will be provided by the league and results will be made public in this way after each round of testing."