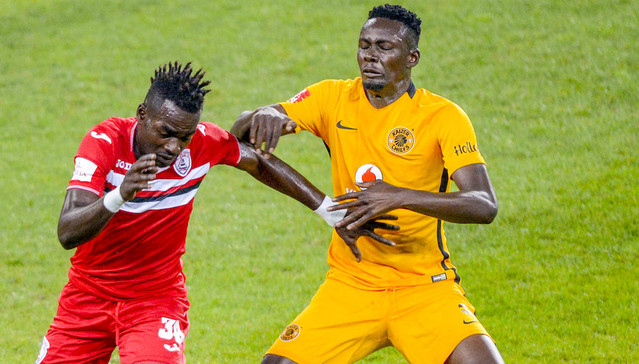 The PSL is set to take disciplinary reaction on five Absa Premiership and two National First Division clubs for various reason next month. Kaizer Chiefs, Free State Stars, Magesi, Baroka, Bloemfontein Celtic, Highlands Park and Jomo Cosmos have all been hauled to the Disciplinary Committee on April 4 for violating rules in the months of February and March. Domestic action is currently on a break as the FIFA week takes centre stage, with Bafana Bafana in action against Guinea-Bissau and Angola in back-to-back friendlies. The league has since released a statement explaining their charges agianst the various clubs.

KAIZER CHIEFS: The club has been charged with contravening the League’s Compliance Manual for delaying kick-off ahead of their Absa Premiership fixture against Free State Stars on 07 February 2017. Kaizer Chiefs players left the dressing room late thereby causing the kick-off of the game to be delayed," read the statement.

FREE STATE STARS: The club has been charged with contravening the League’s Compliance Manual for delaying kick-off during their Absa Premiership fixture against Kaizer Chiefs on 07 February 2017. Free State players left the dressing room late thereby causing the kick-off of the game to be delayed.

MAGESI FC: The club has been charged with contravening Rule 35.2 (U23 Rule) of the National Soccer League after they failed to field a minimum of two Under 23  players as stipulated in the Rule to be on the field of play at all times during NFD fixtures. Magesi were playing Stellenbosch FC at Athlone Stadium on 15 February 2017.

BAROKA FC: The club faces two charges: The first charge is that of contravening the NSL Kit Manual (Compliance Manual) in their fixture against Platinum Stars on 15 February 2017 where the two goalkeepers wore a kit of different colours to that stipulated in their pre-match documentation. It is further alleged that the club failed to obey the Match Commissioner’s instructions to change and thus delayed proceedings in the match.

"The second charge relates to the late arrival of the club’s representative at the pre-match meeting ahead of the Nedbank Cup fixture against FC Cape Town at NNK Rugby Stadium on 11 March 2017.

BLOEMFONTEIN CELTIC: The club has been charged with contravening the Compliance Manual after the club’s representative failed to arrive on time for the pre-match meeting on 11 March 2017 ahead of their Nedbank Cup fixture against Buya Msuthu at Moruleng Stadium.

HIGHLANDS PARK: The club has been charged with contravening the Compliance Manual after they failed to submit the club’s starting line-up to the match commissioner on time ahead of their fixture against Free State Stars at Goble Park on 05 March 2017.

JOMO COSMOS: The club has been charged with contravening the Kit Manual in their NFD fixture against Thanda Royal Zulu on 15 February 2017 at Umhlathuze Sports Complex. Jomo Cosmos players wore shirt numbers 92 and 86. The Kit Manual stipulates that jersey numbers may only be from 1-50."