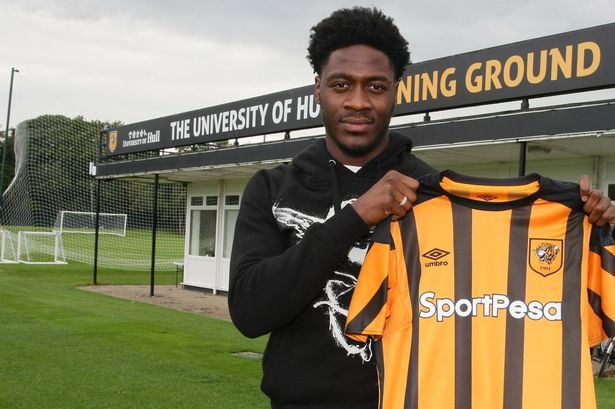 The right-back took a leaf out of Diego Maradona's book to cut Sevilla's backline to shreds, after Sergio Ramos had earlier kept them in the game with a last-minute equaliser
Dani Carvajal dramatically helped Real Madrid to their first trophy of 2016-17 as he netted in the 119th minute to settle Tuesday's UEFA Super Cup in Trondheim and send 10-man Sevilla slumping to a 3-2 defeat.
The right-back robbed Yevhen Konoplyanka of the ball before going on a solo run that ended with a superb shot into the top corner.
Sergio Ramos had sensationally kept Madrid's chances alive by netting to make it 2-2 deep into stoppage time in normal time to send the game into extra time, when Timothee Kolodziejczak saw red for a second yellow card.
Goals from Franco Vazquez and Konoplyanka - who netted from the spot after Ramos conceded a penalty -saw the Santiago Bernabeu side trailing 2-1 heading into the dying minutes of regular time after Marco Asensio had opened the scoring.
Zinedine Zidane had to make do without the services of Cristiano Ronaldo and Gareth Bale, while Karim Benzema began the match from the bench after only recently shaking off a hip injury.
Madrid started with Alvaro Morata, Lucas Vazquez and Asensio up front, with Mateo Kovacic, Isco and Casemiro forming a three-man midfield.
Sevilla, meanwhile, also deployed a number of new faces as Vietto, Franco Vazquez and Hiroshi Kiyotake made their official debut.
Champions League winners Madrid dominated proceedings right from the start and Asensio in particular caused the Sevilla defence all kinds of trouble early on.
Ramos had his header after a sublime free-kick from the youngster cleared from the goalmouth, before the attacking midfielder tried his luck himself with a powerful shot from a narrow angle that was saved by Sergio Rico.
There was no denying Asensio in the 21st minute, though, as he opened the scoring in spectacular fashion. The 20-year-old picked up a loose ball in the middle of the pitch and took a touch before beating Rico with a stunning strike into the top corner.
Sevilla slowly grew into the game after the opener and threatened for the first time when Daniel Carrico nearly surprised Kiko Casilla with a long-range strike, only for the Madrid goalkeeper to recover in time and push the ball wide.
Franco Vazquez then levelled in the 41st minute from Sevilla's second chance of note. Vitolo inadvertently directed the ball into the former Palermo star's path after controlling a cross from the right and the Italy international did not hesitate as he volleyed the equaliser past Casilla.
Madrid went in search of a second goal after the break and wasted chances via Lucas Vazquez, Mateo Kovacic and Isco, while another Ramos header lacked the power to worry Rico.
Zidane's men were made to pay for their profligacy in the 73rd minute, Konoplyanka converting a spot-kick to gift Sevilla the lead. Ramos was adjudged to have brought down Vitolo inside the area and the Ukraine international had no trouble finding the net from 12 yards.
But Madrid refused to give up and Ramos hauled the sides level in the 93rd minute against his former club, heading home from close range after a superb cross from Lucas Vazquez.
That meant an additional 30 minutes were required and Sevilla were reduced to 10 men early in extra time when Kolodziejczak received his second booking following a foul on Lucas Vazquez, before Ramos had a goal disallowed for offside as the centre-back seemed to have won it.
Lucas Vazquez should have scored after a great ball from James Rodriguez, but Rico did just enough to allow Vitolo to clear the winger's attempt off the goalline.
But it was all for nothing in the end as Carvajal delivered Madrid the trophy with a stunning goal, dancing past a number of opponents before beating Rico with the outside of his right boot.