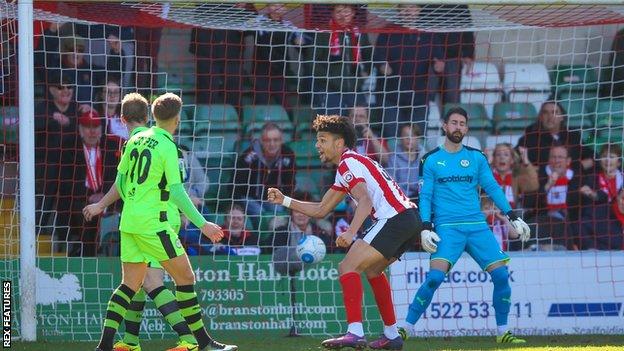 Super Eagles coach Gernot Rohr met with Noah-Joel Sarenren-Bazee in Germany on Saturday ahead of the friendly matches against Senegal and Burkina Faso in London later this month, reports Completesportsnigeria.com. The Nigerian Football Federation Twitter handle posted a picture of Rohr and the 20-year-old forward who featured for his Bundesliga 2 side Hannover 96 as they lost 2-0 away to Karlsruher on Saturday. Bazee, one of the surprise call-ups for the friendlies, was born to Nigerian and German parents.

He has one goal to his name in 11 appearances so far this term in the second division in Germany. Bazee, Tyronne Ebuehi, Uche Agbo, Chidozie Awaziem and Victor Osimhem are the players expected to make their debut for the senior national team later this month.