Roma "comeback" against Barcelona to turn things around in Rome 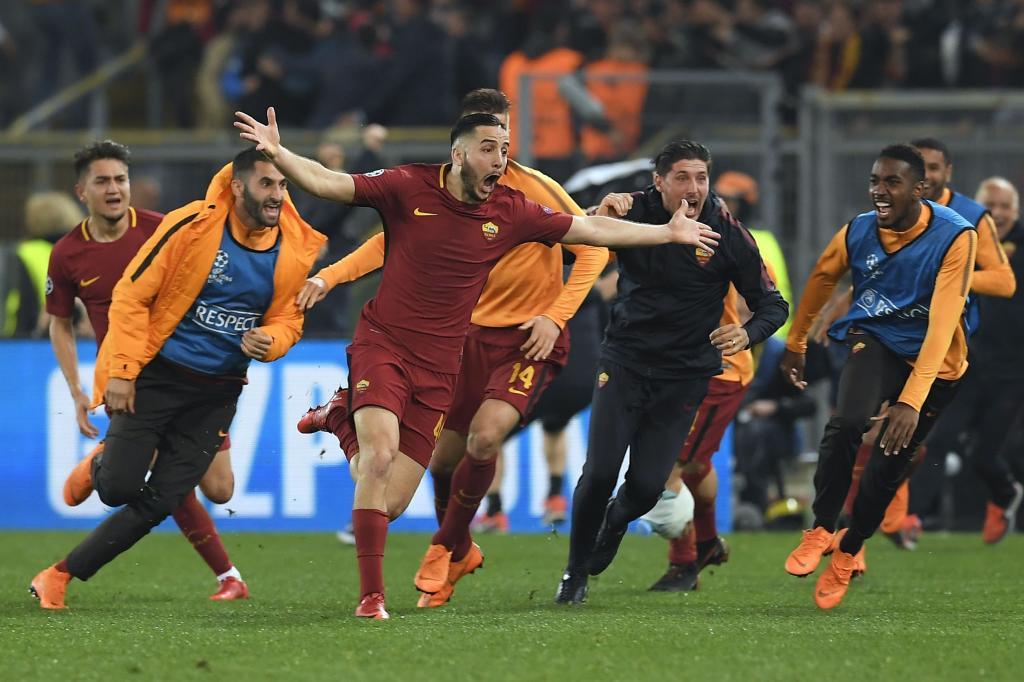 Barcelona crashed out of the Champions League in stunning fashion as a superb performance from AS Roma powered the Italians to a 3-0 victory on Tuesday night at the Stadio Olimpico in Rome, earning passage to the semi-finals.

The Italians dominated throughout and were fully deserving of the win both in the match and the aggregate, which ended level 4-4 with Roma owning the away goal tiebreaker.

It was Barcelona's poorest display of the season, above all in defence as the visitors were overwhelmed and outplayed at every turn by the home side. But full credit belongs to Roma, who put forth a masterclass and achieved a comeback that will long live in Champions League lore.

Barcelona manager Ernesto Valverde rolled out the same starting XI that he used in last week's 4-1 first leg win at the Camp Nou, meaning the likes of Sergio Busquets and Andres Iniesta returned to the fold.

Just about everyone had written off Roma before the second leg kicked off, except for the Roma players themselves and Edin Dzeko fired up the Stadio Olimpico with a goal inside the first six minutes. The former Manchester City man split Jordi Alba and Samuel Umtiti and poked a shot past goalkeeper Marc-Andre ter Stegen for a 1-0 lead and just a 4-2 deficit on aggregate.

Barcelona were rattled and were having difficulty getting out of their own end. They were unsure, hesitant and lacking their usual precision. Meanwhile, Roma were flying to the ball, winning 50-50s and using the height and physicality of Dzeko and Patrik Schick to pressure the Barcelona defence through the air.

The Italians should have added a second later in the half when poor communication between Gerard Pique and Umitit allowed Patrik Schick to have a free header, but luckily for the two centre-backs the Czech's effort sailed wide.

Roma kept coming in waves and Dzeko almost notched his second of the night but Ter Stegen reacted in enough time to re-direct the ball over the crossbar.

Barcelona started the second-half just as poorly as the first. Dzeko was an absolute nightmare for the Catalonian visitors and a Pique takedown of the Bosnian earned a penalty for the hosts. Veteran Daniele De Rossi stepped up and slammed in the spot kick, making it 2-0 to Roma in the match and just 4-3 on aggregate.

Valverde's men were hanging on for dear life as the match approached the final 20 minutes, as every time Roma got forward they looked like they would score. Stephan El Shaarawy came achingly close to doing just that when he nearly stabbed home a cross at the far post but Ter Stegen was there for the block.

But there was nothing the German stopper could do to prevent Manolas' winning goal, as the Greece international beat Semedo and spun in a near-post header for a 3-0 lead, thus sending the Stadio Olimpico into pandemonium.

Barcelona had around just 10 minutes to respond and prevent disaster, but after hardly mustering an attack for 80-plus minutes, finding a goal in such little time was too big an ask and it resulted in one of the most stunning Champions League results in tournament history.