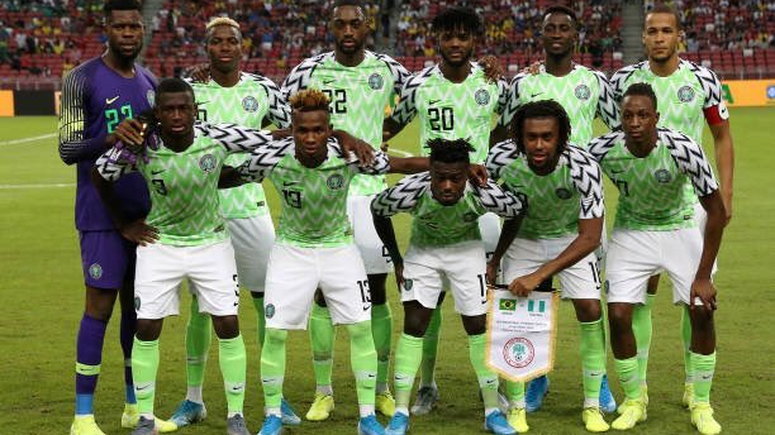 Former Arsenal defender, Semi Ajayi heap praises on Super Eagles teammate Samuel Chukwueze in a recent interview. The West Bromwich Albion star claimed the Villarreal winger is the next big thing and revealed what happened during the youngsters first training with Gernot Rohr's led side.
Here is what Ajayi said in an Instagram Live chat with Don Dada.
“He (Chukwueze) is a wonderkid, he’s next up if you don’t know about him," he said.
"I remember his first training session with Nigeria, he’s got called up, and I have never seen him before, never played with him before. We were playing 11 v 11, the coach has picked the first team that’s going to play, we were preparing for South Africa, and he wanted us to play three at the back, normally we play four at the back.
“I’m on the B team, not in the starting lineup, and Samuel Chukwueze is in my team, and he destroyed the whole first team on his own, just give him the ball, he kept destroying them to the point the coach changed his mind, that he doesn’t think it’s three at the back, it won’t work.
Ajayi went on to reveal that Rohr changed the formation in the second half of the training and he did the same thing he did in the first half.
“We went back to a four for the second half, and he destroyed them again," he added.
"These times, the pitch that we were on, one pitch in Asaba, the pitch is terrible, anyone that plays for Nigeria would tell you how bad the pitch is, you cannot dribble on it.
“Chukwueze got the ball at his feet, dribbling around people as it’s like, like he’s playing at Old Trafford. That day I said, who is this kid? He has been in the squad ever since and doing well in La Liga as well.”