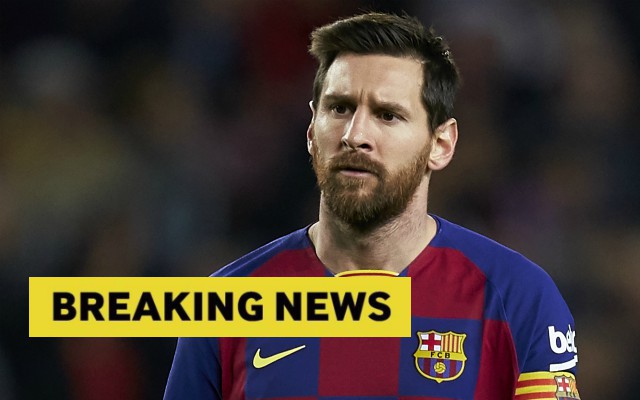 It is no news that Lionel Messi's contract at Barcelona will expire on June 30, 2021, with the Catalans still having high hopes that the Argentine will sign a new deal before then.

But there's a new mouthwatering deal waiting for the Barcelona captain as European giants, Inter Milan are ready to sign him for free in 2021 and offer him a four-year contract which is worth a whopping sum of ₦118 billion (260 million euros), according to La Gazzetta Dello Sport.

A deal that will make him surpass his football rival Cristiano Ronaldo at Juventus as he would have a net income of 23 billion (50 million euros).

Inter are also looking beyond what Messi will offer on the football pitch as they benefit economically from Argentine's arrival, given his place as a global superstar.

There is a bit of good news for Barcelona fans, as their club captain is still very much with the Catalans and hasn't made any claims of leaving the club.