SERIE A: What Ronaldo Said After Juve's 4-2 loss to AC Milan 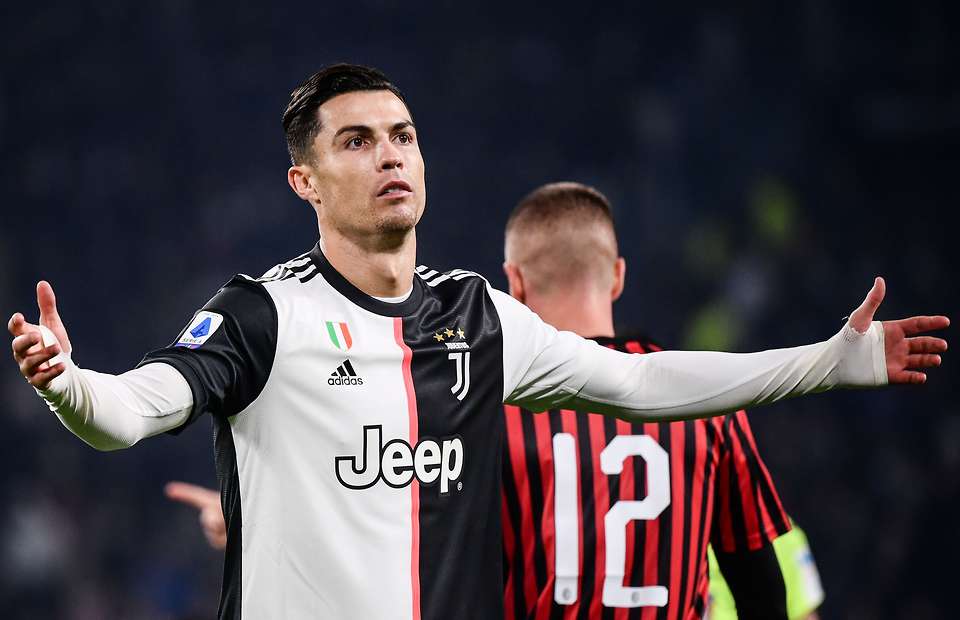 Cristiano Ronaldo has reacted to Juventus’ 4-2 loss to AC Milan on Tuesday night.
Maurizio Sarri’s side wasted the opportunity to move 10 points clear at the top of Serie A as they blew a two-goal lead to lose 4-2 to AC Milan.
Adrien Rabiot and Cristiano Ronaldo put Juve ahead early in the second half, but the Italian champions were then blown away by a brilliant Milan display as Zlatan Ibrahimovic scored and had an assist for the home side.
Despite the loss, Juve remain on track for a ninth straight title as they sit seven points clear of Lazio with seven matches remaining.
And reacting on his Instagram page, Ronaldo said, “It wasn’t the result we wanted but Head up and keep working.”