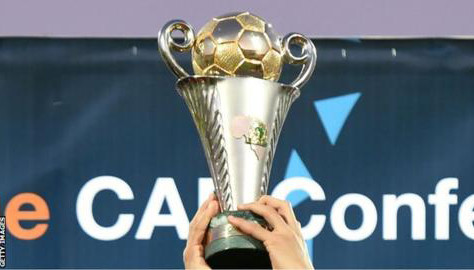 The draw for a place in the group stages of the 2017 CAF Confederation Cup took place this week, with three South African clubs involved in the continent’s second-tier club cup competition. After losing their CAF Champions League play-off against Al Ahly, Bidvest Wits were included in the Confederation Cup draw and were pitted against Egyptian club Smouha. Last year’s Nedbank Cup winners SuperSport United, after trouncing Al Ahly Shendi 6-3 on aggregate, now face Barrack Young Controllers of Liberia while Platinum Stars – third-place finishers in the league last season and 3-2 aggregate winners over Vipers FC in the previous round – have been pitted against AS Tanda of Ivory Coast.

Bidvest Wits face Egyptian club Smouha, who are relative newbies in continental competition. Founded in 1949, the Blue Wave only earned promotion into Egypt’s top-flight in 2010, after winning Group C of Egypt’s First Division. They have never won a top-flight league title, but their second-place finish in the 2013/14 season earned them a spot in the 2015 CAF Champions League. After safely negotiating the qualifying rounds, Smouha ended fourth in Group A behind MoghrebTetouan, Al Hilal and TP Mazembe. After finishing third in the league last season, the club beat Kenyan side Ulinzi Stars 4-3 on aggregate in the Confederation Cup qualifiers to earn a date with the Clever Boys. Smouha currently sit fifth after 21 league games this season, 15 points behind leaders Al Ahly. Their home ground is the Borg El-Arab Stadium, the venue where Mamelodi Sundowns lifted last season’s Champions League trophy against Zamalek.

SuperSport United take on Liberian champions Barrack Young Controllers (BYC), who were knocked out in the CAF Champions League preliminary round against Mozambique club Clube Ferroviario da Beira. A 2-0 loss away was cancelled out by a 2-0 win at home, yet BYC ended up as 4-1 penalty shootout losers on the day. Only formed in 1997, The Blues have won three Liberian Premier League titles, five Liberian Cups and four Liberian Super Cups. They comfortably won last season’s league by 11 points over second-placed Fassell, and sit third after seven games played so far this season, seven points behind Fassell who have played one match more.

Platinum Stars will face the tough task of facing Ivorian club Association Sportive Tanda, winners of the Ivory Coast top-flight for the past two seasons. After winning the 2014/15 league title, Thanda qualified for the preliminary round of the Champions League, yet failed at the first hurdle, going down 2-0 on aggregate to Club Africain. This season they went one better, beating Niger club AS-FAN 4-3 on aggregate, yet a 5-1 aggregate defeat to Etoile du Sahel earlier this month meant their Champions League journey was over, as they were demoted to the Confederation Cup. Thanda have not enjoyed the best of starts to the defence of their domestic league title, drawing eight of their opening 13 matches as they currently lie seventh in the Ivorian Ligue 1 standings. The Last 32 play-off matches are scheduled to take place on the weekend of 8/9 and 15/16 April.