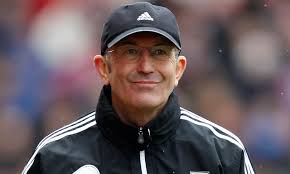 Nigeria's women national team kept their 37th position for the third time in a row this year in the latest Fifa rankings for women released by Fifa on Friday.
The reigning African champions also maintained their spot at the summit as the best women national side in Africa
Despite failing to attend the Olympic women's football event, Florence Omagbemi's side are unmoved as they hope to defend their African title at the 2016 African Women Cup of Nations in Cameroon.
Reigning world champions the United States retained their place as number one women side in the world, followed by Germany while Olympic bronze winners Canada moved up six places to fourth.
Sixth to tenth places have Australia, Sweden, Japan, Brazil and Korea DPR completing the top 10 best women teams in the world.
In Africa, top three places remained unchanged with Ghana [46th] and Cameroon [47th] holding sway in second and third respectively, but South Africa moved up four places to 48th in the world to fourth in  the continent.
Equatorial Guinea [52st], South Africa [52nd], Cote D'Ivoire [62nd], Tunisia [71st], Morocco [73th], Egypt [80th] and Algeria [82st] occupy the fifth to tenth places on the continent respectively.
The next Fifa Women’s World Ranking will be released on 23 December, 2016.